A new political group called Progressive Portland is organizing a Muslim owned business buy-in to stand against Islamophobia. The buy-in will occur Saturday and Sunday, January 14th to 15th.  As of Wednesday, over 500 people had pledged to participate through social media.

The buy-in responds to an act of vandalism inflicted at a halal market on Forest Avenue on Christmas Eve. The Ahram Halal Market had its windows smashed and there has been a large community outpouring of support for the market.

During his State of the City Address, Mayor Ethan Strimling encouraged Portlanders to participate in the event. “One small step all of us can embrace tonight is to shop in Muslim owned stores this Saturday. This effort has been organized in response to the smashing of the Ahram Halal market windows a couple of weeks ago on Forest Avenue,” he said. 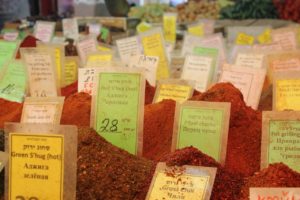 Participating residents will shop at one or more of the following local businesses that are owned by or serve members of Portland’s Muslim community:

Who is Progressive Portland

Progressive Portland is a new organization. Their steering committee includes well-known Democrats, political consultant Steven Biel and former Portland Democratic Party secretary Pat Washburn. Also on the committee is Bill Linnell, who lost a challenge to school board member Laurie Davis this past November.  Linnell is also known in Portland for running a spirited but unsuccessful campaign in 2008 against Democrat Justin Alfond. Linnell ran as a Green Independent.

In addition to organizing the Muslim owned business buy-in, Progressive Portland has been organizing support for a potential $70 million school bond to repair four city schools. The West End’s Reiche Community School is currently included in the bond. Lyseth Elementary, Presumpscot Elementary and Lincoln Middle School are the others. 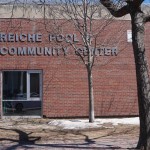 An ad hoc City Council committee meeting will host a public hearing on the school bond. The meeting will be held on Thursday, January 19th, from 5:30 p.m. to 7:30 p.m. at Council Chambers in City Hall. The Committee may make changes to the School Board’s recommended $70 million bond.

In fact, City Manager Jon Jennings stated at a January Chamber of Commerce event that the bond should be shrunk and focus on just two of the four schools, Lyseth and Presumpscot. He believes the City can find state funding to renovate Reiche and Longfellow. The ad hoc Committee will make a recommendation to the full City Council. Ultimately,the Council will vote on weather or not to place the bond on an upcoming ballot as a referendum question.

Progressive Portland is organizing supporters to attend the hearing on Janurary 19th.