All or None – Vote to Fix All 4 Schools 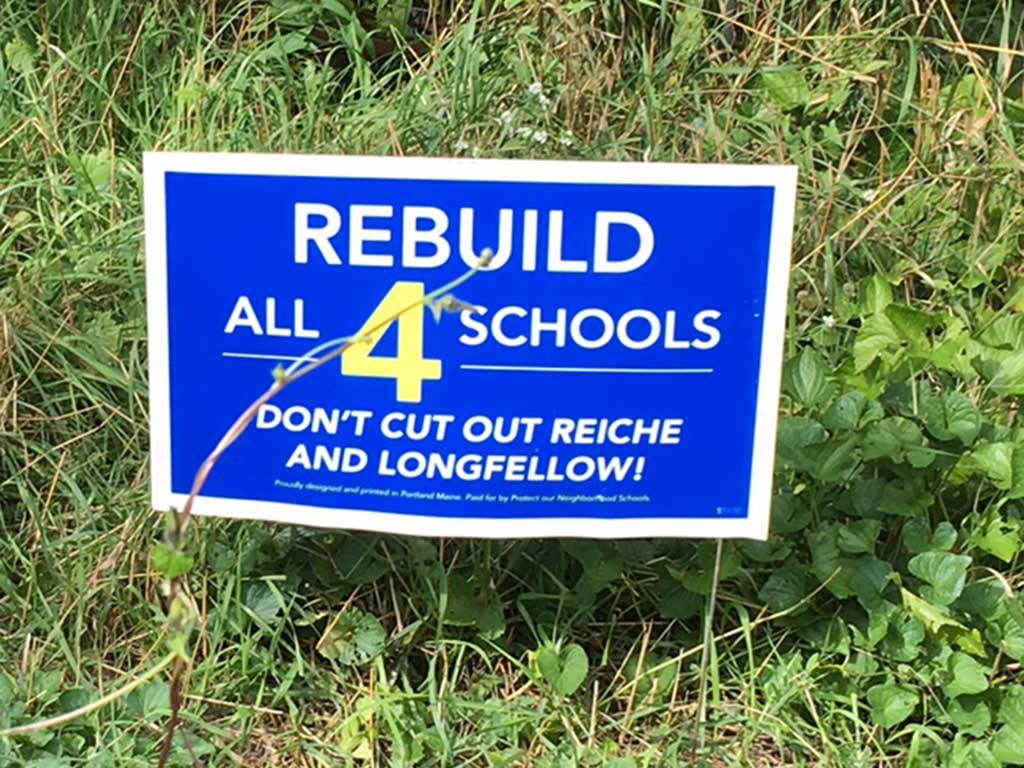 In the summer of 2016, the School Board voted in favor of a $70.6 million bond to fix four aging elementary schools. It was known as the “Buildings for Our Future” bond.

During the following months, a special committee of the City Council and later the standing Finance Committee worked the cost of the bond down to a little over $64 million.

The School Board and two different Council committees approved the bond. But at the full City Council, just three councilors stopped it in its tracks by voting against it.

The set-up of the ballot offers the chance to vote on each proposal, rather than choosing between the two. Thus, voters can say yes to both, no to both or split their votes.

As a community, we must stop pitting education against public safety, health and infrastructure. Investing in education is good for the whole community. From attracting business and families, to improving life and culture, great schools are critical to Portland’s long-term success.

Don’t risk doing nothing. Fix our schools. Vote yes on Question 3 to rebuild all 4-schools.

Tony Zeli is publisher and editor of the West End News. He is a resident of Portland.