In November, Portland voters will be asked to vote on two bond proposals to decide how to address structural issues confronting 4 of our 7 elementary schools. Should we rebuild all 4 schools or only 2? 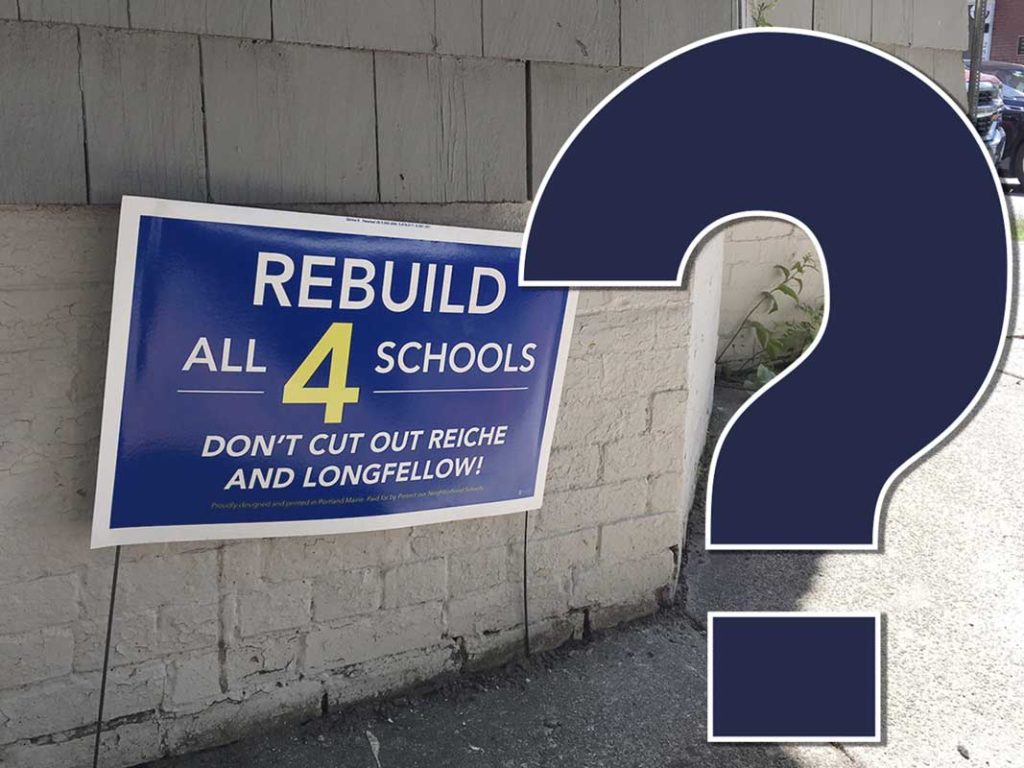 As is often the case with school bond questions, the rhetoric has become heated with terms such as “arrogant councilors,” “crumbling ghetto schools,” “21st-century educational facilities,” being tossed about. And a well-versed cadre of volunteers were out at the polls for the June school budget election telling people how to vote in the fall.

The set-up of the ballot offers the chance to vote on each proposal, rather than choosing between the two. Thus, we have four possible vote combinations. Namely: Yes/Yes, Yes/No, No/Yes, No/No. In order to pass, either ballot question needs more than 50% of the vote. If both options surpass 50%, then the one that receives the most votes wins.

It behooves us all to take a look at the fiscal obligations of the City before we make our decisions. Support Option 1 to rebuild all four schools with local bonds totaling $64 million. Or, support Option 2 and bond two schools at $32 million and wait to deal with the other two once the next round of state-funded school projects becomes known in 2018.

According to reports in the Bangor Daily News, the city estimates that bonding the $64 million in stages over the next six years would result in an overall debt of about $92 million to be repaid over 26 years. Councilor Nick Mavodones, a proponent of Option 2, has said that a $32 million bond would require a repayment of around $45 million over 22 years. When you read how this would play out in property tax increases, it doesn’t sound unmanageable.

What Portland’s school bond vote could mean for its residents 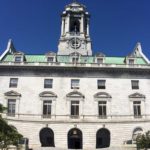 But lurking behind the scenes are another $321 million in projected school facilities improvements over the next 20 years.

Consider also the fiscal time bomb known as the Pension Obligation Bond (POB). The POB was incurred to pay the city’s portion of its employees’ pensions.

Thanks to the eighth wonder of the world, compound interest, we’re looking at some tough choices. Maintenance has been deferred and improvements postponed at the schools in question. But, it is fiscally irresponsible to forgo the possibility of $32,000,000 in State funding. This would be the result if Option 1 (four schools for $64,ooo,ooo) passes this fall.

The City of Portland faces many uncertainties. Indeed, cuts to many programs are being proposed at the state and federal levels. And we have the increasing debt burden of the POB, as well as our future responsibilities. After all, we must fund all the normal and necessary municipal and school operating costs.

If you value adequately funding public safety, public health, infrastructure maintenance and improvements, and fair and competitive wages for competent municipal and school employees, then don’t be irresponsible with your vote in November.

Do your homework on this one, folks, and don’t be swayed by spin and hyperbole.

Rosanne is a West End resident.