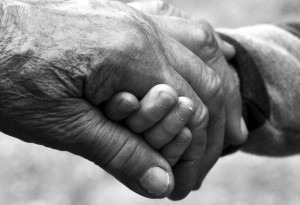 When I hear people bemoaning the “greying” of Maine I feel guilty for having moved to the West End from “away” three years ago at the age of 63, another of so many elderly Mainers supposedly adding to the state’s problems.

The articles went on to sketch out a future in which Maine will be burdened by social and medical costs for the elderly, without enough working young people to sustain a thriving business environment that will support the financial burden of the elderly.

Are those over 65 such an unmitigated burden? Since moving to Maine, I have been impressed with the people I have met in their sixties, seventies, and eighties. Many are still working, and the ones who aren’t are contributing their time and talents in myriad ways.

According to Volunteer Maine, almost a third of Mainers ages 65 to 74, and a quarter of those over 75, volunteered in some way during the years 2012 through 2014. Mainers over 65 volunteered more hours per person per year on average than younger Mainers. The total value of volunteering by all Mainers reached $940 million in 2014, so it’s safe to say the share contributed by those over 65 added considerable unpaid value to the state.

I see why Mainers may have mixed feelings about people from away who choose to retire here. People who made higher incomes elsewhere who retire here can contribute to the pressure on housing, for example. But they also contribute their retirement income to businesses in Maine, and their skills to the local economy when possible.

As the state seeks businesses and people from away to help build a healthy economy, attracting older folks may be a useful piece of the economic puzzle.

Maine has always been a bit different that the rest of the country and that may be part of its strength. People young and old who have experienced life elsewhere are attracted to a place where there is more to life than the status of their job and the people they know.

I’ve met younger Mainers who left the state after growing up here and then came back to raise their families. From away, they were able to finally appreciate the value of living in Maine.

We all need to contribute our time, energy and ideas to building Maine’s future in a way that reflects the unique character of the state. We need to build the state’s economy. We need to address the state’s many challenges and make sure that those in need — young and old — can find help. But let’s not assume that older people in Maine are a big part of the problem. They may be a valuable part of the solution.

Pamela Shaw lives in the West End, where she is volunteering on various projects with other members of WENA, the West End Neighborhood Association, including an initiative to help older neighbors remain in their homes as they age.