Sharing His Story as a Holocaust Survivor

During my third year at the University of Maine, I attended a talk by the Holocaust survivor Max Slabotzky which was held at Little Hall, entitled: Personal Accounts of the Holocaust: Surviving Auschwitz, Dachau and Buchenwald. 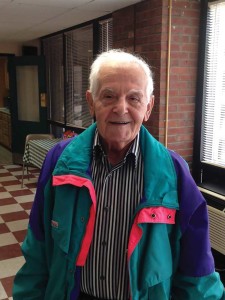 The lecture was hosted by the Judaic Studies Program as part of the series Beyond Auschwitz: New Perspectives on the Holocaust. It provided students, faculty and members of the greater Bangor community insight into the life and times of Mr. Max Slabotzky, a resident of Portland.

I first spoke with Max following his lecture during the question and answer session. I stood before him in both amazement and shock, and dared to ask the following:

“Mr. Slabotzky, I am greatly indebted to you for sharing your story with us today. Due to the experiences you were forced to be exposed to during the Holocaust, what motivates you to come here and share your story? Why are you willing to spend your time sharing your triumph over adversity so openly; I can only imagine that it is difficult to revisit the memories over and over again?”

After taking a brief moment to decide how he wanted to answer, Max responded that if he didn’t share his experiences with our generation, then he would feel responsible if such a tragedy ever unfolded again and we didn’t know how to protect ourselves.

I was extremely moved by his testimony. I asked Max if he would meet me the following morning in Colvin Hall, before a scheduled lunch with members of the Honors College. I wanted to share my own work for the non-profit Water for ME Foundation, and of course to discuss his story in greater detail.

That morning I asked Max if he had ever penned his memoir, but before he could answer we had to join the conversation with members of the Honor’s College.

Convinced that my conversation with Max could not be limited to that one day, I reached out to the organizers of the event for contact information, and immediately sent Max a letter to express my gratitude. I proposed another meeting over coffee to expand upon the notion of writing a memoir.

We started meeting and I explained to Max my ideas for a narrative, and without hesitation he agreed. I spent that summer collecting, analyzing and notating as much information about his life as I could. I traveled to multiple schools, as well as the Holocaust and Human Rights Center of Maine, to become more involved in his speaking engagements and lectures.

Much of my time as an undergraduate was spent amplifying the voices of those affected by the clean drinking water crisis in Honduras, Haiti and Colombia. Working with Max to have his voice heard by our generation is a natural extension of my human rights work.

My understanding of storytelling was greatly influenced by the work of author Dave Eggers. The first book that I was required to read as a college freshman was his piece of creative non-fiction, What is the What: The Autobiography of Valentino Achak Deng. Eggers brings Deng’s story to life by blending fictional and nonfictional elements, and skillfully manipulating time and events. This has inspired me to select memoir as the genre — rather than biography — to best capture Max’s voice and story as a Holocaust survivor. 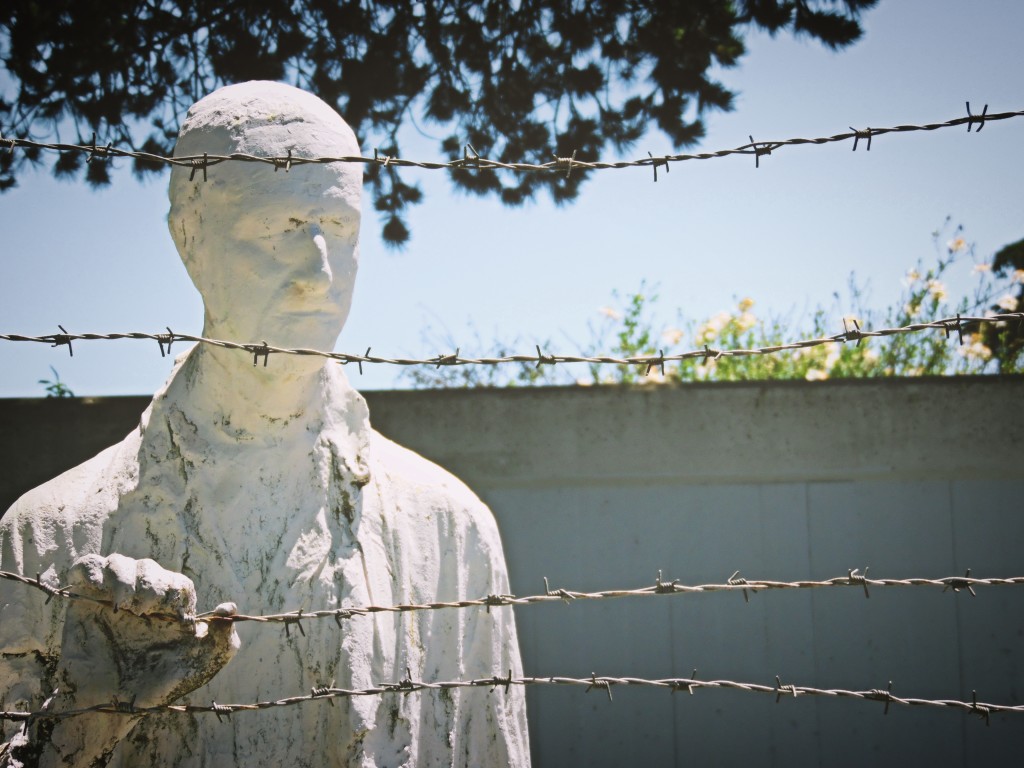 By stemming together a narrative of Max’s life: pre, during and post WWII, co-author Autumn Minery and I are enabling our generation to gain knowledge and understanding about past events — as well as current affairs — that they are arguably naive and amnesic towards.

The memoir dissects the powerful themes of hope and despair, of Jewish identity and childhood innocence being stripped away… and ultimately regained. This dialectical interplay frames the life of a Holocaust survivor for a broad audience of readers.

Young Max Slabotzky grew up in Brussels, Belgium, where his family ran a tailor shop before the Nazi invasion. As the lurking grotesqueness of the Nazi regime encroached upon their homeland, the Slabotzky family attempted to flee the country.

Unable to secure safe passage out of Europe, the Slabotzky’s were forced to remain in Brussels. Family members began to disappear one by one, until Max and his younger brother were left alone to fend for themselves.

Fortunately, a wealthy gentleman cared for the two boys as they took shelter in the gentleman’s attic, until arrangements were made for his brother to stay at a convent. Thereafter, Max was left alone in the man’s attic, conversing with himself, unable to communicate with the outside world.

At last the urge to explore became overwhelming. Max needed to connect with the outside world, as well as indulge in the simple pleasures of what was once a civilized society. Max disobeyed his caretakers commands, and left the attic in the hopes of obtaining a taste of mocha ice cream.

In Part II, we will explore Max’s memoir, sharing some of Max’s experiences within the camps up until liberation. We will also share a glimpse of his life after WWII in the United States, and examine his critique of current political and cultural affairs. 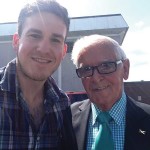 Autumn Minery is a New Hampshire native and a soon-to-be graduate of Keene State College, where she studies literature and writing. On top of working on Max Slabotzky’s memoir, Autumn has work under peer review for possible publication in a variety of literary magazines.

Bryer Sousa is currently majoring in mathematics at the University of Southern Maine. Prior to USM, he studied chemistry and physics at the University of Maine. Bryer was the first-ever recipient of the Davis Foundation $10,000 Projects for Peace grant. With the funding, he co-founded the Water for ME Foundation. Bryer is a journalist and weekly columnist for the student newspaper, The Free Press.