Poor Mary. They married her to Jesus, and Jesus is an asexual circumcised revolutionary. What future is there to be had in that scenario?

Writing in the cool of the afternoon. Half the yard before me covered with cardboard, compost and manure, and the other half a lush carpet of fresh cuttings. On either side, a twenty-five-foot barrier of raspberries created in part through layering. 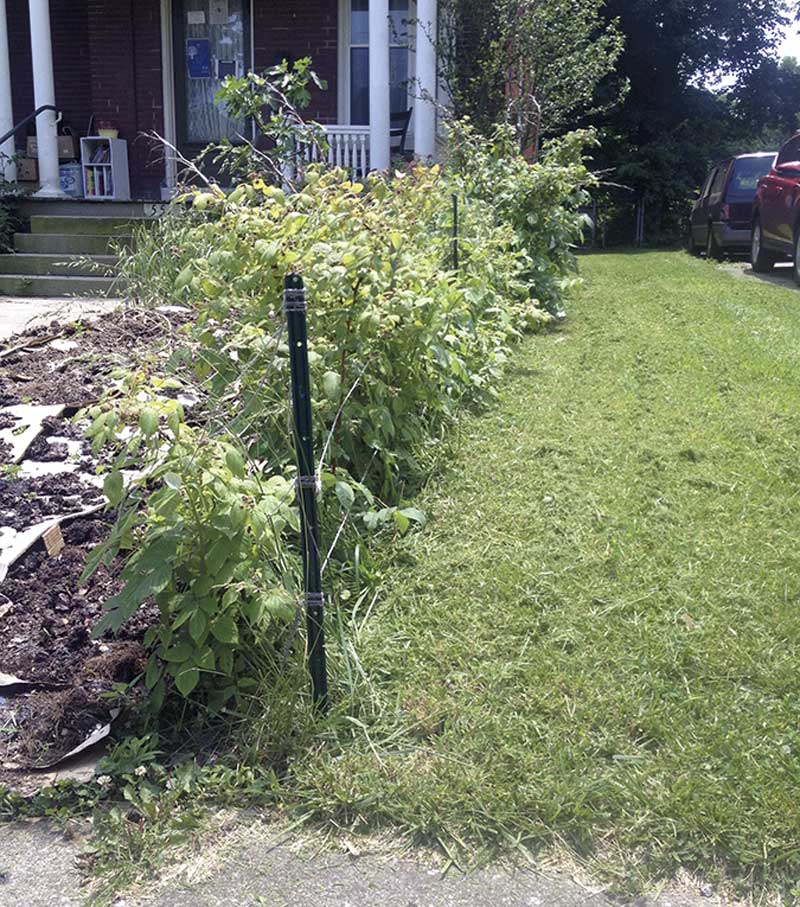 The raspberries on each side are genetically identical to the others, and through layering what began as one yellow and one red is now countless separate and distinct plants. In fact, a colony of Neptune Grass in the Mediterranean is 200,000 years old; 1/5th of a million years- and that’s not even counting the raspberry plant’s I’ve given away. 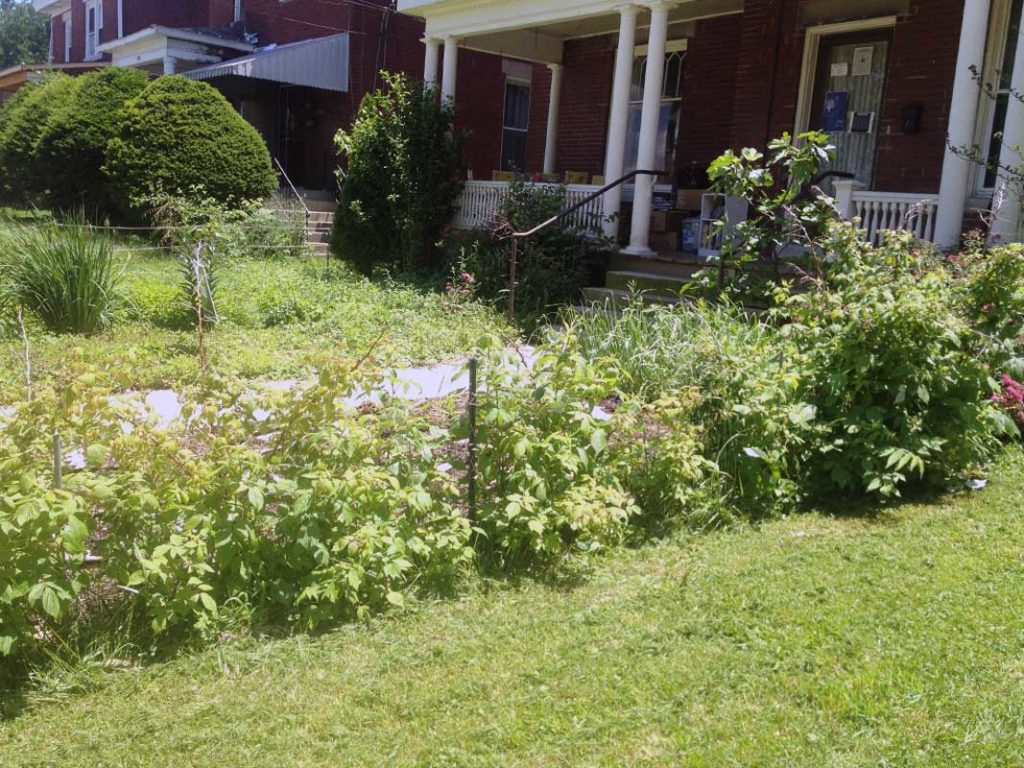 Layering is a form of asexual vegetative reproduction in which new plants are created from a single parent without seeds or spores. In layering, a portion of a plant is induced to form roots away from the main rootstock and then separated from it. Layering is both a simple technique and a very successful one. The new plant remains attached to the parent until it’s sufficiently established. This prevents water stress and carbohydrate shortages.

Simple layering is accomplished by bending a low-lying branch to the ground and burying it with soil. Leave the last 6”-12” exposed. Make a sharp bend at the point the stem is buried. With some plants it works best to slightly wound the plant at this point. If needed use a stake to hold the plant more securely to the ground and ensure consistent watering. Layering works best on a dormant branch in the early spring or a mature one later in the summer.

Tip layering is accomplished by burying the tip of one of this year’s shoots 3”-4” into the ground and waiting for the plant to do its magic. The tip will continue to grow downward but then will bend sharply and grow up and out, forming a new plant. 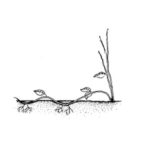 Serpentine (compound) layering is like simple layering in sequence, wherein a long section of stem is alternately covered and exposed resulting in the simultaneous creation of several new plants. Make sure that at least one bud is exposed at each interval above ground and one buried at each section in soil.

Mound layering works best in cases of closely-branched shrubs and the rootstocks of fruit trees. In the dormant season cut the entire plant off 1” from the ground and cover the stump with soil. New shoots with emerge through the soil. Add more soil to the mound as these new shoots emerge. They will form roots and then can be removed during the dormant season.

For space reasons, I’m not going to get into air layering but it’s like simple layering using moist moss in plastic held onto a cut branch somewhere on the plant above ground. 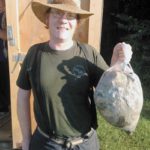 Christian with a ham.

What do you have and want more of? Maybe layering’s the way to do it. Do some research and see what you learn. Why buy twenty plants for a project when you might be able to get by with just one and a little time?

Christian is an attorney, missionary, activist, urban-farmer, foster parent and advocate for social change who lives at Justice House (Facebook: Justice House) with his wife, Tanya in Lexington, KY. If you have any questions or comments for Christian, or there’s something you’d like to know more about, please reach out to him at theamosfarm@gmail.com.