“The history of domestication is interesting because it changed human history. The domestication of animals was important enough to have happened in many places and for different species rather than just once,” -Kim Worley, Baylor College of Medicine. 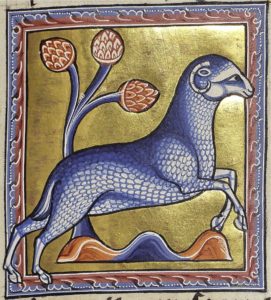 “Pets”, “man’s best friend”, “service animals”, “zooters”, “little bastard”, whatever you call them animals kept for companionship, friendship and company have long been a part of the human condition- think back to the March 2018 installment of The Amos Farm, Ain’t Nothing but a Dog:

The “dog’s” (Canis lupus familiaris) closest living relative is the Timber Wolf and it is undisputed that dogs were kept by humans 14,700 years ago- some argue that fossil dogs and wolves from Palaeolithic sites in Belgium, the Ukraine and Russia evidence symbiotic relationship between canines and homo-sapiens 36,000 years ago.

People have been paying for their friends with food and shelter for millennium; if you think about it there are more benefits, more privileges and immunities for being a pet than there are for being an American Citizen (U.S. Const. art. IV, § 2, cl. 1.). Beginning with the dog, humans have engaged in sustained, multi-generational deliberate influence over the reproduction and care of other living organisms so as to secure a more predictable supply of some resource of interest they provide for millennia. 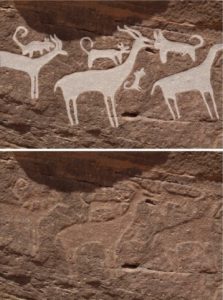 There are three categories of domestication:

1. living on or within another organism and deriving benefit thereof without harming or helping the host.

2. a parasite that doesn’t harm the host

…and before anybody starts accusing me of being anthropocentric remember, domestication is well-documented in nonhuman species, especially with regarding to social bugs and their plant/animal symbiotics. 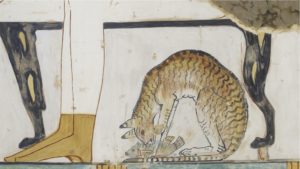 My preference, the cat, is thought to be descended from as many as five different types of wildcat around 9,500 years ago, first domesticated perhaps because they were attracted not to the emerging human settlements, but because of the rodents that were.

Prey animals; remember, dogs and cats are apex predators, at the top of the food chain, smarter and less prolific; look at their eyes, a prey animal (deer, sheep, goat, rabbit etc.) has eyes on either side to give them a wider field of vision to see approaching danger, eyes in the front of the head allow for more focus and better depth perception, but less field of view, that’s why you and your dog can look at each other with both eyes.

The sheep is thought to be the first to have been domesticated between 13,000-11,000 years ago in Southwest Asia. Goats followed suit around 10,000 years ago. FYI researchers are able to tell when milk producing animals were domesticated by it’s temporal proximity to a local human population’s becoming lactose tolerant (adult lactose tolerance is the result of a genetic mutation); that’s how important the symbiosis between human and animal kind is- the domestication of animals resulted in a nutrient dense source (milk) becoming readily available in times/climates/areas where there was otherwise not enough nutrients to support a human population, “The mutation that enabled the utilization of lactose as an adult gave an enormous advantage to that population and contributed to stable human populations that had the luxury of excess calories,” “This helped civilizations to emerge.” Ross Tellam, CSIRO Livestock Industries.

Pigs and cattle shortly thereafter, domesticated by more settled communities; the agricultural surplus provided by animal husbandry enabled larger communities, the requirements of animal husbandry demanded a more settled existence, all made possible through animals that were able to be herded, food stored on the hoof- that’s how we get the “ownership” of property. Animals can live on land that humans cannot… but humans can live on the animals that can live on that land. Remember, we can look at each other with both eyes at once, but we can’t live in one place without a regularly available, year round food supply.