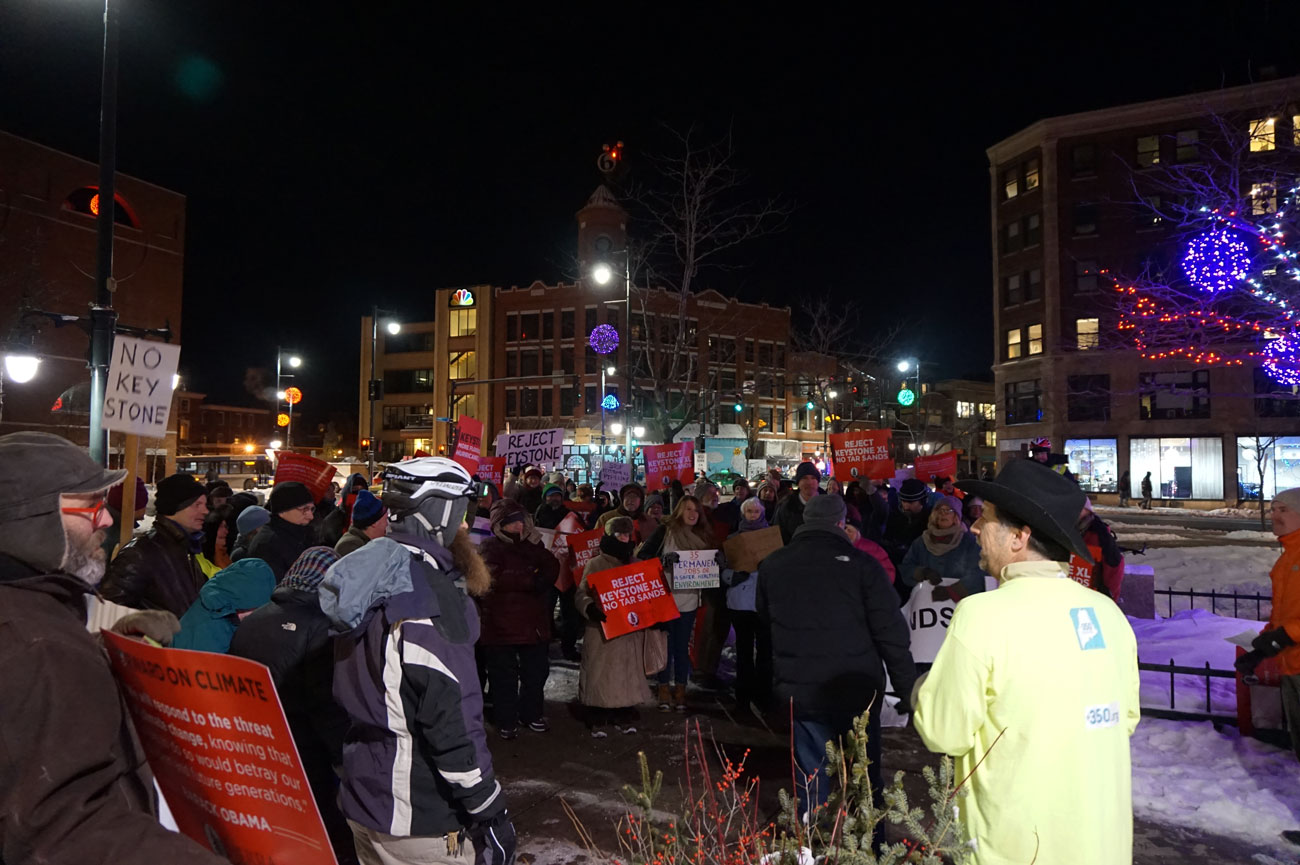 Historian, Howard Zinn once wrote, “If the gods had intended us to vote they would have given us candidates.”

I am inclined to agree.

As the upcoming presidential primaries consume the corporate news cycle, it is important for activists to maintain a nuanced, skeptical perspective toward the presidential election. The truth is, regardless of who becomes the next president this November, Wall Street and captains of capitalism will emerge triumphant.

As radical philosopher, Herbert Marcuse observes in his 1964 book, One-Dimensional Man, “A free election of masters does not abolish the masters or the slaves.”

We must grasp, as Marcuse and his fellow scholars in the anti-capitalist, Frankfurt School did that we do not really live in a functioning democracy. A recent study by Princeton Professor Martin Gilens and Professor Benjamin Page of Northwestern University concludes the United States is actually an oligarchy. Indeed, the Founding Fathers–themselves the property-owning, slave-holding elites of their time–feared participatory democracy.

As such, the Founders devised a voting system designed to thwart popular rule. This is evident in the establishment of the Electoral College, and the fact that the right to vote was restricted to property-owning males. African-American slaves (regarded in the Constitution as only three-fifths human) and women could not participate.

While I have not yet reached the point as an activist where I am ready to abstain from voting entirely, I can certainly understand why many Americans choose to do just that. Working class people need something to vote for–not against.

Professor Noam Chomsky calls our two-party elections a “carefully orchestrated electoral extravaganza.” When asked about the overall importance of elections in a 2012 interview with Alternet, Chomsky replied, “I think they [progressives] should spend five or ten minutes on it.”

And “five or ten minutes” are about the extent of time I personally plan on investing in the 2016 presidential election, which many are already calling “The Most Important Election” of our lifetime. This has been said of every single election I have ever voted in.

Certainly, I will support likely Green Party presidential nominee, Jill Stein. Once the respective Democratic and Republican candidates emerge (Hillary Clinton and whichever wingnut the Republicans settle on) and the general election gets underway, I believe more leftists will begin to take Stein’s campaign seriously. Those supporting Bernie Sanders now will perhaps find themselves attracted to Stein’s similar domestic platform once the sheep-dogging Sanders bows out of the race and throws his support behind Clinton. (Cue hate mail from hostile, intransigent Sanders supporters in three… two… one…)

But my support for Stein is more than a mere protest vote. It is, I hope, an incremental yet crucial step toward building a radical socialist movement to challenge the capitalist two-party duopoly.

“We have two corporate parties that are basically funded by predatory banks, fossil fuel polluters and war profiteers,” Stein told the Socialist Worker‘s Ashley Smith last month. “People are searching for an alternative.”

Far more important than who is elected president, as Zinn made clear in his classic treatise, A People’s History of the United States, is how much pressure is applied on him or her. As Zinn’s so-called “alternative” historical account shows, social change in this country has always been brought about by radicals, feminists, socialists, anarchists, and other organized leftists. It rarely comes from the benevolence of presidents or elected officials.

“If democracy were to be given any meaning, if it were to go beyond the limits of capitalism and nationalism, this would not come—if history were any guide—from the top. It would come through citizens’ movements, educating, organizing, agitating, striking, boycotting, demonstrating, threatening those in power with disruption of the stability they needed.”

Yet this seemingly rudimentary element of activism seems to elude liberals. Instead, they fruitlessly invest all of their energy into electoral politics—and, to that end, almost exclusively in the irredeemable Democratic Party.

But this strategy is a dead end.

Even when the allegedly “lesser evil” Democrat wins the election, the left declares victory, then promptly packs up and goes home. Its members sit idly by for the next four years as the Democratic president enacts the very same corporatist policies they most feared the Republican would have pursued. Empty vows to mount grassroots efforts to “push” the president and Congress more to the left after the election, inevitably amount to just that. Liberals sit on the sidelines and do nothing.

“Those who oppose building an alternative [party] have either given up or have a stake in this predatory system,” Stein said. “Some are wedded to lesser evilism despite the fact that the lesser evil has been brutal to them. They are like people stuck in an abusive relationship. And they need help breaking up and finding a healthy, empowering new one.”

Leftists like Stein, Ralph Nader, Chomsky, and Zinn are banished from the popular discourse. (When was the last time you saw Chomsky, widely regarded as the world’s greatest living intellectual, quoted in the New York Times or interviewed on NPR?) Those who attempt to speak the truth and challenge the bankrupt liberal class are derided as “Chicken Little leftists,” or dismissed out of hand for their Marxist views.

The left must rediscover the language of class-struggle so we can rebuild radical movements to challenge capitalism. Occupy Wall Street had the right idea. Occupy helped re-frame the plight of the working class not as one between Democrats versus Republicans, but as the wealthy “one percent,” versus the 99 percent. And while we can point to many tactical flaws and missteps within Occupy (every popular movement has some), it is imperative we understand the movement did not “fail” or “implode,” as is frequently suggested. It was crushed by the corporate state.

Only by building a revolutionary workers’ movement–one that is completely independent of the Democratic Party–can we hope to bring about the radical social change we desperately need. Iconic poet and punk-rocker, Patti Smith, is right: People have the power. Let’s use it.

So, by all means, show up to vote in November. But keep in mind that voting–a relatively simple act, despite all the significance we attach to it–is merely one small piece of the larger, considerably longer project of dismantling our current selfish, militaristic, predatory society and building one based on peace. justice, and sustainability.