Councilor Dave Marshall has been working with City staff to draft an ordinance to ban at least some pesticide use.

“It is my intent to bring an ordinance,” said Councilor Dave Marshall at the March Transportation, Sustainability and Energy Committee meeting.

Recommended ordinance language may come out of a task force over the next couple months. If the timeline holds, the City Council could discuss some form of ban on pesticides and herbicides as soon as May.

“I can say there is a lot of interest,” remarked Councilor Marshall after the meeting. 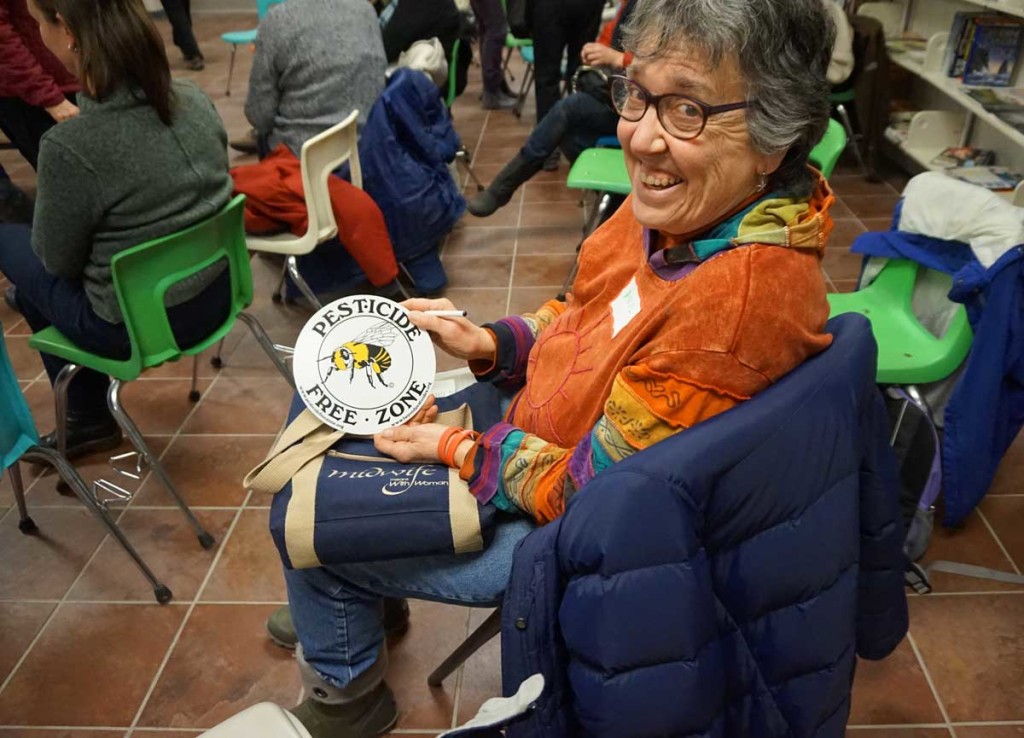 Pyllis Reames shows off a “Pesticide Free Zone” sign she plans to place in her yard.

There are many questions that cannot be answered until the ordinance is drafted. Will it just be a ban on use on public property? Will the ban include private residences and businesses? What chemicals will be included, and what if any applications will be exempt? How will any new regulations be enforced, and how much will it cost to enforce? What will be the penalties for breaking the ordinance?

According to Troy Moon of Public Services, the department has been reducing pesticide use, no longer using spray applications, and only treating curbs and street islands downtown. Exceptions include using chemicals to battle evasive species like Japanese knotweed.