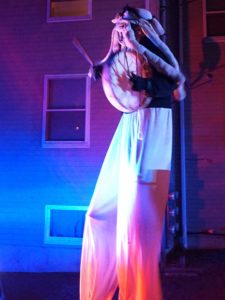 The parade began promptly at 6:15 p.m. on Halloween. Organizers developed a new route for this year’s march. The parade began at the usual spot with costumed West Enders gathering on the Reiche school playground. The parade began heading north on Brackett Street and as usual turned west onto Pine Street. But, because the parade has a history of splitting up, with the tail of the parade lagging far behind the head, a new route was designed. Following the new route the head of the parade turned south down Clark Street, instead of continuing to Emery Street as it had in the past.

But, not all the marchers got the memo. Don’t they read the West End News?

By the time the parade reached Clark Street, it had already broken up into two distinct parades, noted former District 2 City Councilor Dave Marshall. He was riding with police in a cruiser at the head of the parade. It was too late. There were now two parades, one travelling the new route and the other following the traditional route.

According to West Ender and volunteer WEN contributor Nancy Dorrans only about one-eighth of the parade made the turn onto Clark. The rest kept marching down Pine and eventually broke up into smaller groups of trick-or-treaters.

In the end, fun was had by all. Belly dancers, ukuleles and drums entertained. The Shoestring Theater had their famous puppets out. And tons of families and friends had a good time celebrating one of the West End’s favorite holidays. 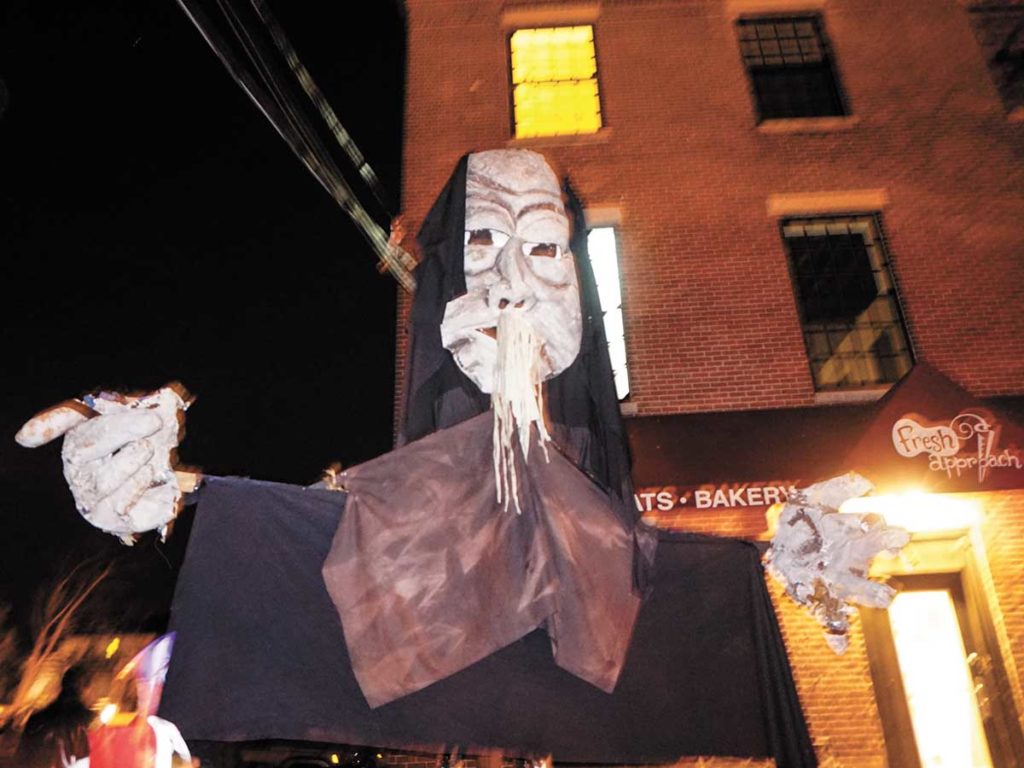 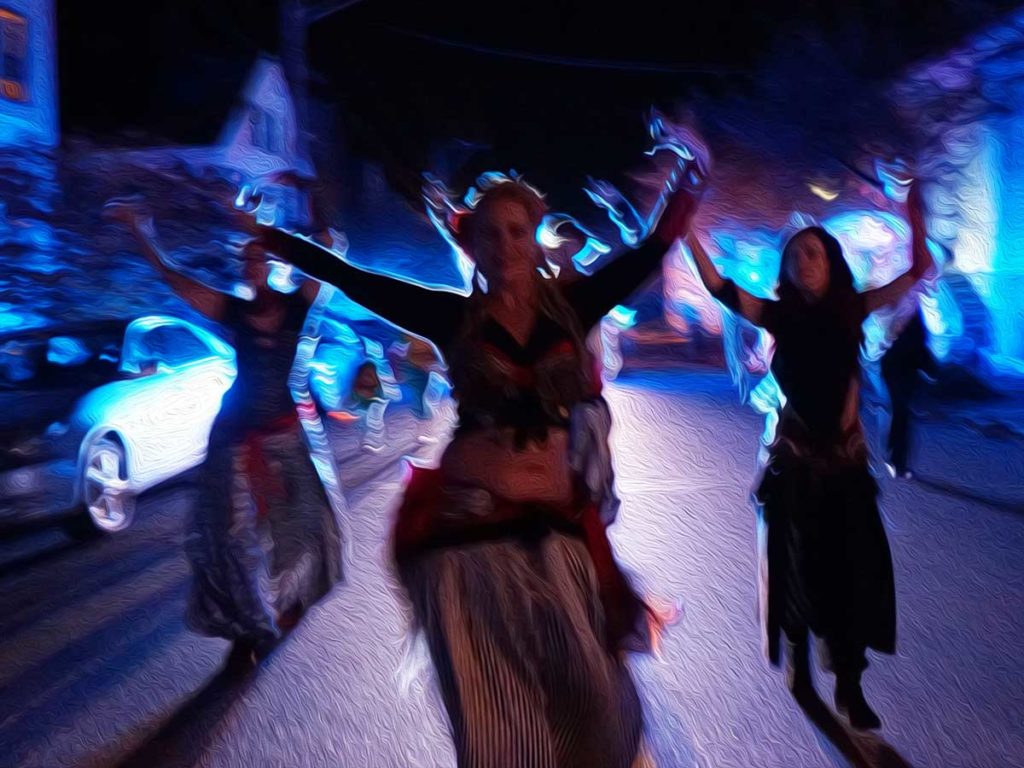 Belly dancers have become a regular attraction for the parade. 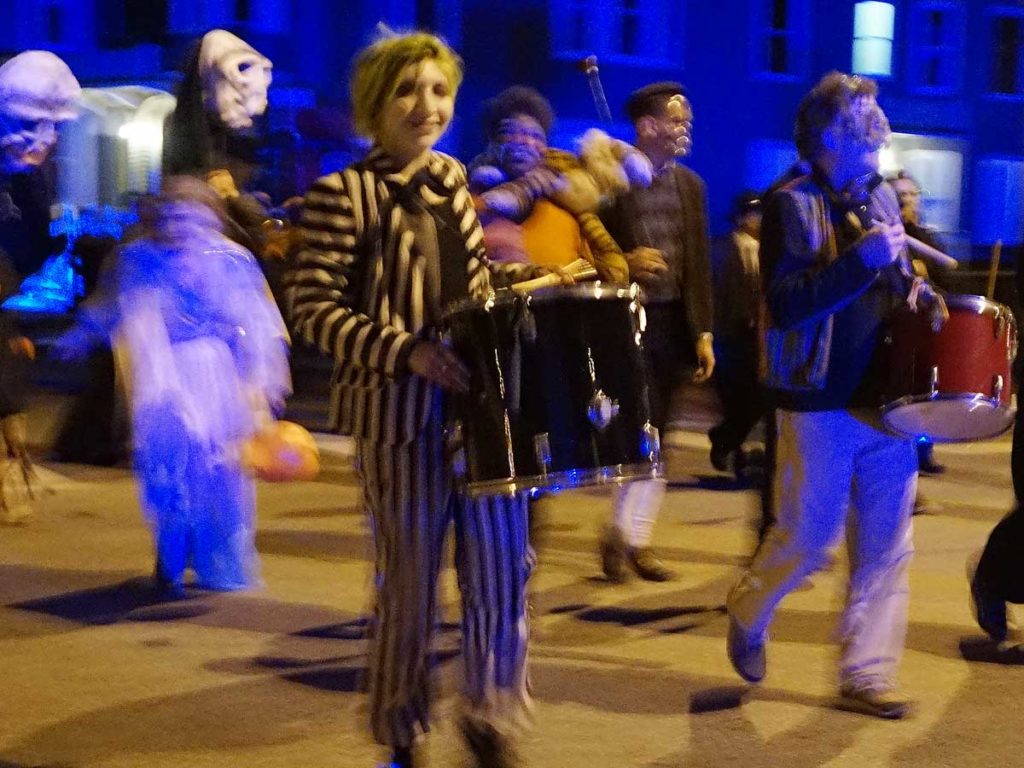 There’s always a band to keep the march grooving! 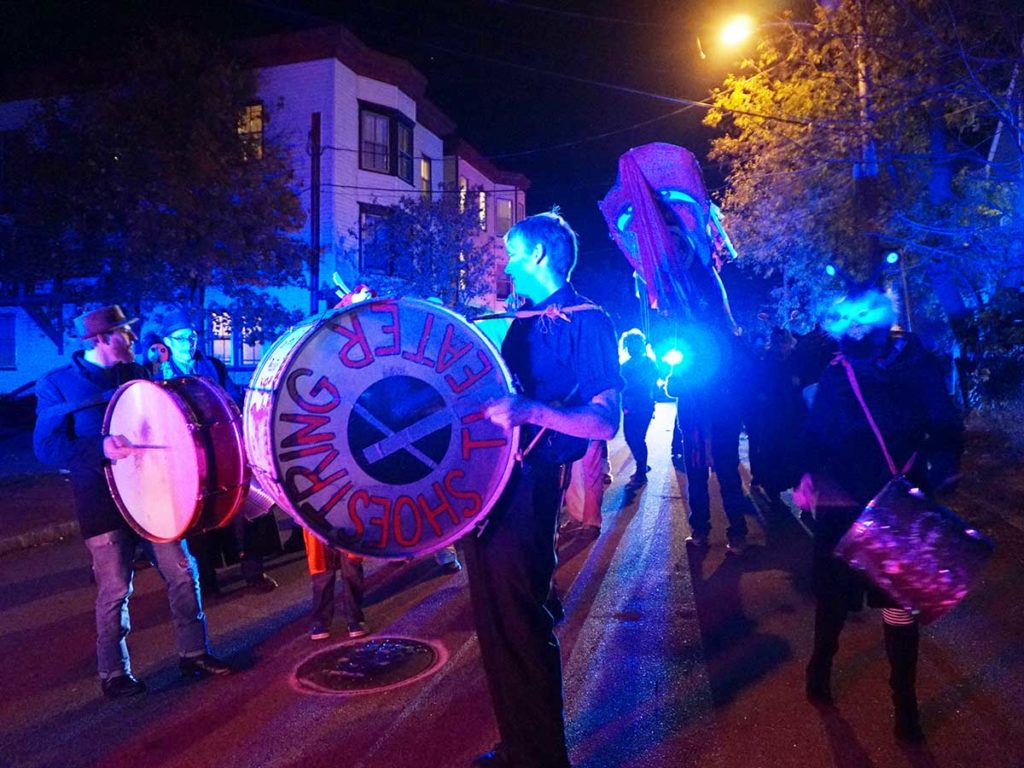