There will be a Yellow Zone Parking Ban this evening, Tuesday, February 3rd beginning at 10 p.m. and ending at 6 a.m., Wednesday, February 4th. During this ban, all vehicles left on City streets within the Yellow Zone during these times will be towed at the owner’s expense. 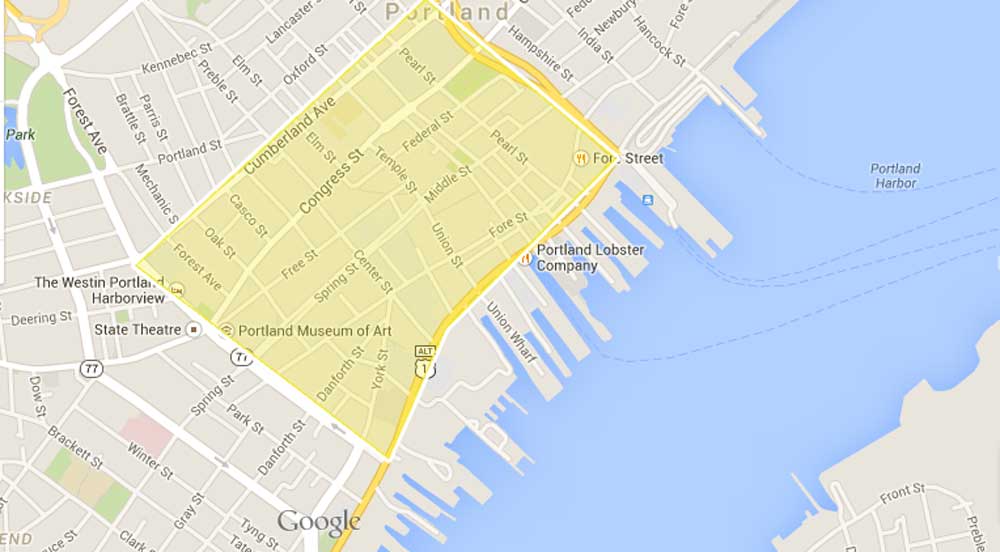 The Yellow Zone is an area within the downtown business district that is geographically bounded by:

The parking ban is in effect within the square area of these four streets.

Yellow Zone parking bans provide Public Works the opportunity to remove snow from the streets and sidewalks in this area improving traffic flow and commerce within the business district.

Vehicles left on City streets after 10:00 PM can be towed at the owner’s expense.

The city offers numerous free options for parking on the peninsula during a snow ban. All vehicle owners must remove their vehicles from these designated areas listed below by 7 a.m. the morning the ban is removed. The city may tow, at the owner’s expense, any vehicle which has not been removed by the 7 a.m. deadline: