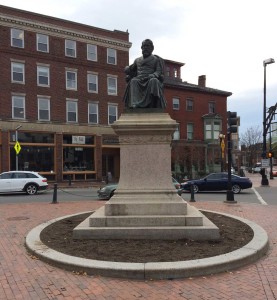 The City of Portland and the Harold T. Andrews Post 17, American Legion, will celebrate Veteran’s Day with a parade and wreath laying ceremony at City Hall Plaza on Tuesday, November 11th.  The parade will begin at Longfellow Square at 10:30 AM and proceed down Congress Street ending at City Hall Plaza at approximately 11:00 AM. Speeches will then be made along with a wreath laying ceremony.

Vehicular traffic will closed along Congress Street and the side streets that lead onto Congress, from State Street to Pearl Street, from 10:15 AM to approximately 11:00 AM.