Mayor Brennan has established a task force to review the City’s inspections programs.

The task force will conduct an internal review of city codes and ordinances. Following this work, the task force will review fire and code inspections policies and practices. Of particular interest will be recently completed reports that were focused on staffing levels. 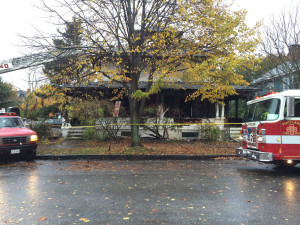 The task force will draft recommendations that will be shared by the Acting City Manager in her regular meetings with Neighborhood Association representatives for comment, and then forwarded to the Public Safety, Health and Human Services Committee for consideration in February 2015.

The first meeting of the task force will be held December 3rd. Recommendations should be in front of City Council by February of next year. The City plans to have extensive public education on any adopted changes to city policy and procedures.

Portland Fire Chief Jerry LaMoria urges residents, “Please remember to regularly check your smoke detectors to make sure they are in working order, replace the batteries on a semi-annual basis, and establish and practice a fire escape plan.”

For anyone who has fire safety questions or concerns that they’d like to talk about, please call City Fire Prevention officials at 207.482.LIFE or email life@portlandmaine.gov.