In the coming days, the Portland Green Independent Committee–the local branch of the Maine Green Party–will begin petitioning to place a city-wide referendum on the ballot to raise the minimum wage to $15 an hour. Despite the broad appeal and popular support for this long overdue raise in working people’s wages, we are fully aware this will be an extremely difficult undertaking.

(Full disclosure: I am a member of the PGIC, and I intend to assist in signature collecting.) 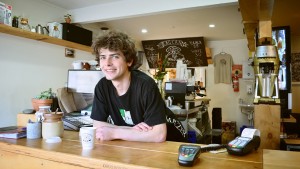 The city’s moneyed corporate interests are already mounting their opposition campaign. They will use spin, misinformation, and outright lies to convince voters Portland’s businesses “cannot handle” such a wage increase (or, for that matter, any increase).

They will trot out the baseless argument that raising the minimum wage “kills jobs,” even though all of the economic research shows the reverse to be true. According to the Department of Labor, the 13 states that raised the minimum wage at the start of 2014 saw greater job growth than those that did not.

But, while the push-back from Hannaford and Walmart–the state’s two largest employers–is to be expected, less obvious and perhaps more disheartening, will be the opposition that comes from Portland’s myriad small businesses.

Indeed, small businesses have demonstrated considerable sway in both regional and national discussions on raising the minimum wage. Much of this influence is due to the strength of lobbying groups like the state-run Small Business Administration and the deep-pocketed, National Restaurant Association, often referred to as the “other NRA.”

Working men and women, meanwhile, have virtually no access to any comparable advocacy group given the decades-long attack on unions and the decline of an organized left.

As a result, it behooves us to examine the function of small businesses within the framework of capitalism. For decades liberals have pointed to small businesses and campaigns to “shop local” as a sort of friendlier form of capitalism. Certainly, I would much rather support my local coffee shop, where the barista knows me by name and can anticipate my favorite beverage, than an impersonal, overpriced Starbucks any day.

But this myopic focus on “mom & pop” shops versus giant corporations misses the larger point. Namely, that when it comes to capitalism, size does not really matter. Small business owners, no matter how generously they treat their employees, are still financially obligated to make a profit. And, as Karl Marx observed in his three-volume economic treatise, Capital, that profit is derived (stolen, essentially) from workers’ surplus labor value.

In other words, workers at a small business are no less exploited than those working at Walmart.

As Leela Yellesetty and Chris Mobley write in the Socialist Worker of the role of the small business community in opposing Seattle’s “Fight for $15” campaign (“Is the Fight for 15 strangling small business?” 03/17/2014):

“No matter how small the business, and no matter how kind or enlightened the owner, all must obey the rules of capitalist competition. They are pressured by the dynamic of the system to keep labor costs down, in order to keep profits up.”

Yellesetty and Mobley also note how the “small business” argument is often cynically employed by the very corporations that could easily absorb the costs of a higher wage. By doing so, the authors write, the Walmarts and Targets are “using small businesses as a shield.”

“They know they can’t make the case that their profits will be hurt,” the authors write of stingy corporations, “so they hide behind small businesses. In reality, big business has done far more damage to small businesses and the people who work for them than an increase in the minimum wage to $15 an hour is likely to do” (Italics theirs).

Additionally, this argument is further complicated by the vague, arbitrary understanding of what, precisely, constitutes a “small business.” Indeed, many of Portland’s self-described “small businesses,” are actually quite large, with multiple locations throughout the city.

Part of the problem lies in the absurdly high threshold the Small Business Administration (SBA) uses to define a “small business”: A company with fewer than 500 employees. Compared to more realistic numbers used elsewhere in the world–the European Union calls a small business one with no more than 50 employees, and the Australian Fair Work Act of 2009 caps the number at 15–the U.S. has easily the largest small businesses in the world.

To that end, the term “small business”–like “nonprofit,” or “middle-class”–is basically meaningless. This is not to suggest there are no legitimately small businesses in Portland that struggle just to get by. There certainly are.

But for the most part, the ubiquitous “small business” label is a glorified marketing gimmick. Indeed, any regulatory standards that allow a single McDonald’s store to claim small business status should be greeted with a great deal of skepticism.

Finally, as I have previously pointed out in these pages, the majority of Americans do not work at a small business. They work for corporate retailers, fast-food chains, and other service industries.

According to a recent Portland Press Herald/Maine Sunday Telegram story, retail and home health care positions make up 25 percent of the most in-demand jobs in Maine (“Report: Low-paying jobs make up a quarter of Maine’s open positions,” 03/27/2015).

All of these jobs, staff reporter J. Craig Anderson notes, pay a “median hourly wage of less than $12.”

In other words, it makes absolutely no sense to bring small businesses into the minimum wage debate in the first place. Frankly, it does not affect them.

None of this should be construed as a lack of sympathy for the plight of genuine small business owners. I regularly go out of my way to support Portland’s locally-owned coffee shops, bars, restaurants, and record stores.

But if we are to win anything resembling a living wage for working class people in Portland and beyond, we must clearly identify our opponents and counter their misleading rhetoric from the outset.

And, to that end, I fear E.F. Schumacher may have been wrong. Small, it turns out, is not always so beautiful, after all.