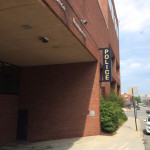 A Portland policeman has been sued by the ACLU of Maine in the case of a couple who were arrested while attempting to record a police action in the city. The arrest of a Bar Harbor couple for observing and attempting to film an interaction between several police officers and a woman in downtown Portland was illegal and unconstitutional, according to a lawsuit filed on September 16th by the ACLU.

“The right of citizens to observe and record the police is a critical check on the use of power and force,” said Zachary Heiden, legal director for the ACLU of Maine. “The police need to understand that individuals who are quietly observing their work from a distance have a right to do so, and it is not cause for their arrest.”

Jill Walker and Sabatino Scattoloni were visiting Portland on May 25th when they observed the encounter between five police officers and one woman. Walker and Scattolino decided to film the incident from a distance, neither speaking to nor interfering with the work of the police officers, according to the ACLU. They were then approached by Officer Benjamin Noyes, who ordered them to get off the sidewalk or face arrest. When Walker and Scattoloni asked the reason they would be arrested, Officer Noyes immediately ordered two other officers to arrest the couple.

Walker and Scattoloni were searched and interrogated without Miranda warnings, says the ACLU, and incarcerated until they could meet bail. They were charged with “Obstructing Government Administration” and obligated to hire a defense attorney. Ultimately, the district attorney dropped the charges.

The ACLU of Maine filed the lawsuit against Officer Noyes, charging that his actions violated Walker and Scattoloni’s First Amendment right to peacefully observe and record the police doing their job in public, as well as their Fourth Amendment right to be free from unlawful arrest.

In 2011, the U.S. Court of Appeals for the First Circuit ruled in Glik v. Cunniffe that the arrest of a Massachusetts man for observing and videotaping the police violated his First and Fourth amendment rights. The Court of Appeals issued a similar ruling in Gerick v. Begin, regarding a New Hampshire man, earlier this year.