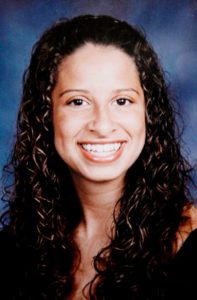 It has been seven years since the unsolved shooting of Darien Richardson and Cory Girard. Portland Police are seeking information from the public to help solve the cold case. The couple were shot while sleeping in Darien’s apartment at 25 Rackleff Street, which they shared with two other roommates.

On January 8th, 2010 at 1:30 a.m., a masked intruder woek Darien Richardson and Cory Girard as they slept in their apartment. He entered their room and began shooting at them. Darien was shot in the hand and upper thigh. Girard was shot in the arm. Darien died on February 28th, 2010, from a pulmonary embolism caused by a blood clot, a result of the injury to her thigh. Her murder remains unsolved.

Darien’s family continues to seek justice for their daughter’s death. They have offered a $15,000 reward for information that leads to the arrest and conviction of the people responsible for her death.

Cory Girard was dealing counterfeit OxyContin between New York and Maine. Police believe this shooting is related to the illegal trafficking of prescription drugs, specifically OxyContin.

The handgun used to murder Darien Richardson was also used in a homicide that occurred on February 11th, 2010, at 218 Park Avenue. In that case, Serge Mulongo was shot and killed by Daudoit Butsitsi. However, Police do not believe that Butsitsi is involved in the Rackleff Street shooting. Yet, they do believe he may have purchased the weapon after the shooting and possibly from the person that shot Darien.

If anyone has any information that would help solve this crime they are being asked to contact the Portland Police Department at (207) 874-8575.

Police have tentatively identified a body found Tuesday, January 17th, on a Cape Elizabeth beach. It is believed to be 29-year-old Evariste Munyensanga of Porland. Family members reported Mr. Munyensanga as missing on November 21st, 2016. He was last seen on November 18th at his Cumberland Avenue residence. The office of the Chief Medical Examiner continues to investigate. The death does not appear suspicious at this time.

Initial reports had indicated the body was a Caucasian person, but further examination determined he was black. Confusion around the person’s race resulted from the condition of the body.

Police ask that anyone who saw Evariste Munyensanga around the time he went missing, and who have not already spoken with detectives, to call detectives at 207-874-8524.

The Jewish Community Alliance at 57 Ashmont Street received a threatening phone call on the morning of January 18th at 9:30 a.m.  The caller said a bomb would be detonated in the pre-school. Also, the caller made anti-semitic statements.

The Jewish Community Alliance houses a pre-school and a food pantry at this location. This threat caused the evacuation of more than forty children and a dozen staff members. An explosive detection canine along with staff members checked the property before normal activities resumed.

Portland Police continue to investigate this case. Also, the case has been referred to the Civil Rights Unit of the Maine Attorney General’s Office.

Police ask that anyone with any information that would help solve this crime please contact the Portland Police Department at (207) 874-8575.

To provide information anonymously, contact Portland Police at 874-8575. Or text the keyword “GOTCHA” plus the tip message to 274637 (CRIMES). Or go to www.portland-police.com and click “Submit an Anonymous Crime Tip.”