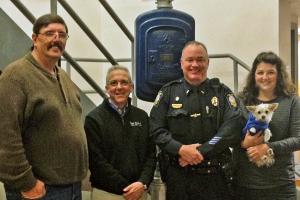 In September, the police department’s credit union announced that a former employee was under investigation for possible fraud while working at the credit union. The employee was fired immediately.

In October, the policeman’s credit union approved the merger, that was then approved in November by the National Credit Union Administration.

“The [credit union] was very open with us during the evaluation process,” says Ken Acker, President and CEO of TruChoice, “and we assessed all of the risks carefully before our board approved the merger.”

The merger will add nearly 1,000 members and $7 million in assets to TruChoice. Members will be able to start using TruChoice’s products and services on March 30th.