Addiction specialist takes a look at the uncharted territory of increased access to overdose medication naloxone.

Opiate overdoses are on the rise in Maine. In an attempt to combat the near-daily increasing death count, the Maine Legislature passed L.D. 1547 in early April. Governor LePage vetoed it. The legislature will vote on Friday, April 29th on whether to overturn the veto.

It was a bill aimed at increasing access to naloxone, the drug commonly known as Narcan. Naloxone is the drug given to reverse the effect of an opiate overdose.

During an overdose, opiates (whether prescription or not, such as heroin) move into the areas of the brain that are responsible for breathing, shutting down the brain’s drive to do so. Unless it can be reversed, death ensues. 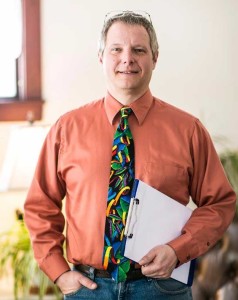 L.D. 1547 was written to allow local governments to purchase naloxone in bulk to increase access to this potentially life-saving medication. It would also allow pharmacists to dispense naloxone without a prescription to family and friends of those at-risk of an overdose (how this would be determined was not clarified).

Studies show that increasing access to naloxone saves lives. Overdoses are not (usually) intentional and a shorter wait time between overdose and naloxone administration translates into a greater survival rate. LePage’s reasoning for his veto is that rescuing someone from an overdose only allows the person to survive until the next overdose.

Anecdotally, some addicts want naloxone on hand as a hedge, allowing them to use their drug of choice without the fear of death from overdose. Problem with that theory is that naloxone is temporary, lasting for only about an hour or so before its lifesaving effects wear off (if one dose is even enough to work at all).

So would having naloxone readily available save lives or entice addicts to use even more, resulting in even more opiate overdoses? We’re in uncharted territory here.  The Maine legislature has spoken. So has Governor LePage. Only time will tell who is right.