Lucie Trudeau – Labors of Love in the West End

Lucie Trudeau’s Labors of Love in the West End

Thirty years ago, West End resident Lucille (Lucie) Trudeau wanted to earn a living and spend more time with her young son. She thought an in-home day care might be a good option for her and put out some feelers. To her happy surprise, there was a great deal of interest, and she started with a few children. 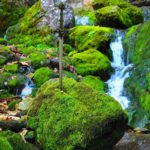 Lucie originally wanted to name her business “Wart’s Court”, after the young boy who with a wizard’s help became King Arthur. However, no one knew who Wart was, which meant to Lucie that people did not have enough imagination. So, Imagine Childcare was born.

Lucie wanted all children to have same high quality day care. Many of the children came from low income homes. Her first referrals came from the Reiche School. Over the years, she became a fixture at Reiche, dropping off or picking up children.

The children in Lucie’s care ranged from just 4 weeks to school age children. Older children would come after school and summer session as well. As her son grew older, he helped her with the younger children, calling them his brothers and sisters.

A typical day at 9 Briggs Street consisted of lessons, chores and play. Lucie took pride in teaching care and compassion for other children and animals alike. She organized field trips to the movies, and walking trips to destinations all over town. She became a daycare “grandmother,” caring for two generations from the same family. 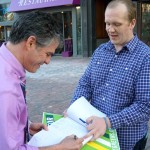 Long-term Portland resident and community activist and educator Tom MacMillan and his sisters were in Lucie’s care for many years. Tom recalls, “My parents had to work to make ends meet and Lucie cared for us like her own children. When my family experienced hardship because of domestic abuse, Lucie took my sisters, mom and I in and sheltered us. I will always remember how she cared for both low-income children and abused and neglected animals. She has such a big heart and is always willing to do what she can. She is the type of person who makes society work but never receives recognition for it. Without Lucie Trudeau, I wouldn’t be the person I am today. Our world is better off because of her constant generosity and unremitting love for the dispossessed.”

One of Lucie’s proudest moments was when one of her students invited her to her high school graduation, telling her, “You are the only grown up that I like.”

There were certainly difficult days. Lucie recalls the terrible day that two young girls in her care were taken from their homes. However, she seized an opportunity to help the girls and took them as foster children for six years. 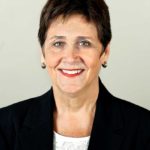 Author Stephen King wrote that if you do something for the joy in it, you can do it forever. Lucie had originally planned to live one year in Portland. She stayed for 30 years, mostly because the children in her care needed her. Plus, it was just so much fun. Lucie recently retired to Bridgton, where she keeps in touch with many of “her kids,” and is even putting together scrapbooks of memories for some of them.

To Lucie, her business never seemed like work. It was all about the children she loved.