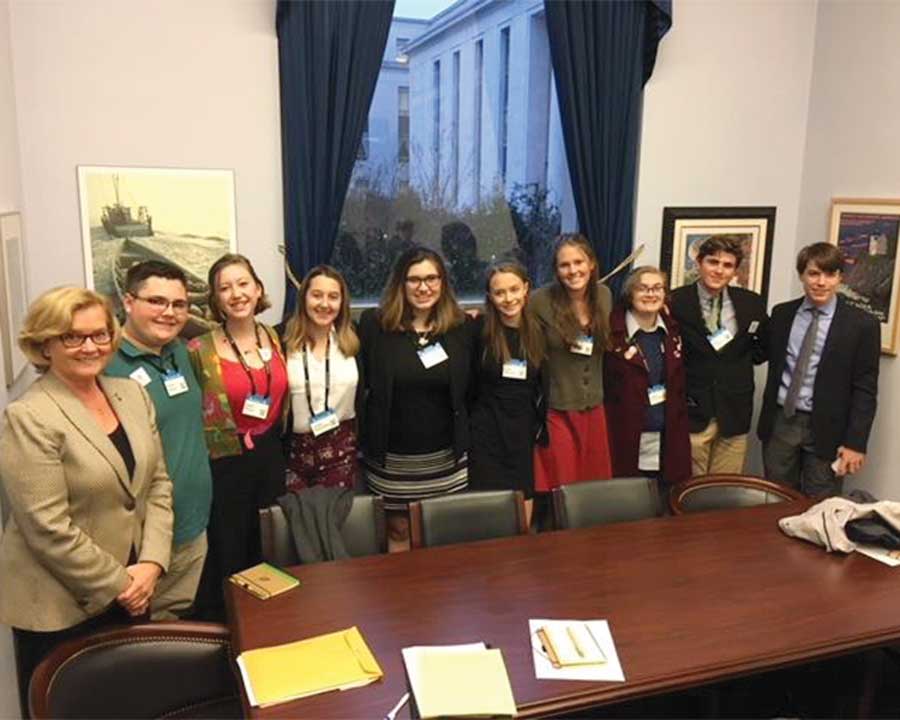 In November, nine Maine high school students traveled with twelve other Maine volunteers to join 601 volunteers from across the nation to advocate for climate solutions in Congress. Together, these members of the Citizens Climate Lobby met with 410 Congressional offices in just one day, urging Congress to enact favorable economic policies to reduce carbon pollution.

Each of Maine’s four Congressional offices spent a good half hour with the Maine group, seriously discussing the problems climate change brings to Maine and the group’s proposed solution: carbon fee and dividend.

At the end of a long day on Capitol Hill, Representative Chellie Pingree personally affirmed her commitment, made in Congressional election debates, to support the proposed carbon fee and dividend.

Students cheered in the halls of Congress and proclaimed success.

“But, America needs a large bipartisan majority in both the US Senate and the House of Representatives, and a Presidential signature, if we are to pass a bill that can stand the test of time” noted a group leader, Ed Pontius of Portland.

And, Helen Strout of Cape Elizabeth High School insisted, “Our work must and will continue until our country and all nations are pulling together to stop Climate Change and protect life on this planet Earth, as we know it.”

Lucia Daranyi, a student from Peaks Island, explained that “We nine students represented high schools in Kennebunk, Portland, Scarborough and Cape Elizabeth. We are members of the Maine Youth Environmental Association and the non-partisan Citizens Climate Lobby, which provided student scholarships that enabled all of us to participate.” 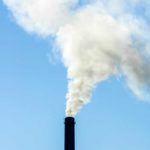 All the money collected from the fee would be returned directly to every American household as a monthly rebate check potentially worth hundreds of dollars.

Ashley Babcock, a member of the Portland chapter of CCL further explained, “Climate change is urgent enough that we want to get a carbon pricing policy passed as soon as possible. Ideally, it will be bipartisan, which will make for a stronger policy less likely to be repealed in the future.”

The highly acclaimed international group of scientists known as the IPCC states that the next two years are critical for global action, and that humankind must achieve dramatic reductions in carbon pollution over the following ten years to avoid the worst impacts of climate change.

Maine’s towns, cities and industry are already hard hit by the impact of changing climate caused by burning carbon fuels. The Gulf of Maine is the second fastest warming body of water on the planet.

Citizens’ Climate Lobby is a national, nonpartisan advocacy organization working to bring Republicans and Democrats together on market-based solutions to climate change. In addition to its signature carbon fee and dividend, the group has been the primary catalyst for the formation and growth of the bipartisan Climate Solutions Caucus in the U.S. House of Representatives, which now has ninety members, 45 Republicans and 45 Democrats. To date neither of Maine’s Representatives have joined the Caucus.