Jill Stein and the Tradition of the Protest Candidate

Jill Stein is a protest candidate … and that is nothing new

It is not often that a community paper like the West End News receives a one-on-one interview with a presidential candidate. A fact none the less sweet even if it is a third party candidate that is only polling around five percent in the polls. We are grateful for our five minutes with Green candidate Jill Stein.

So, no, we don’t have a balanced report featuring interviews with Clinton or Trump. But, let’s be honest, aren’t you reading enough about them on your Facebook feed?

Here is a little bit about a different style of campaign, the protest campaign. Is it a worthy style? Many would say no, but it has been a part of our electoral process since the early years of the Republic. 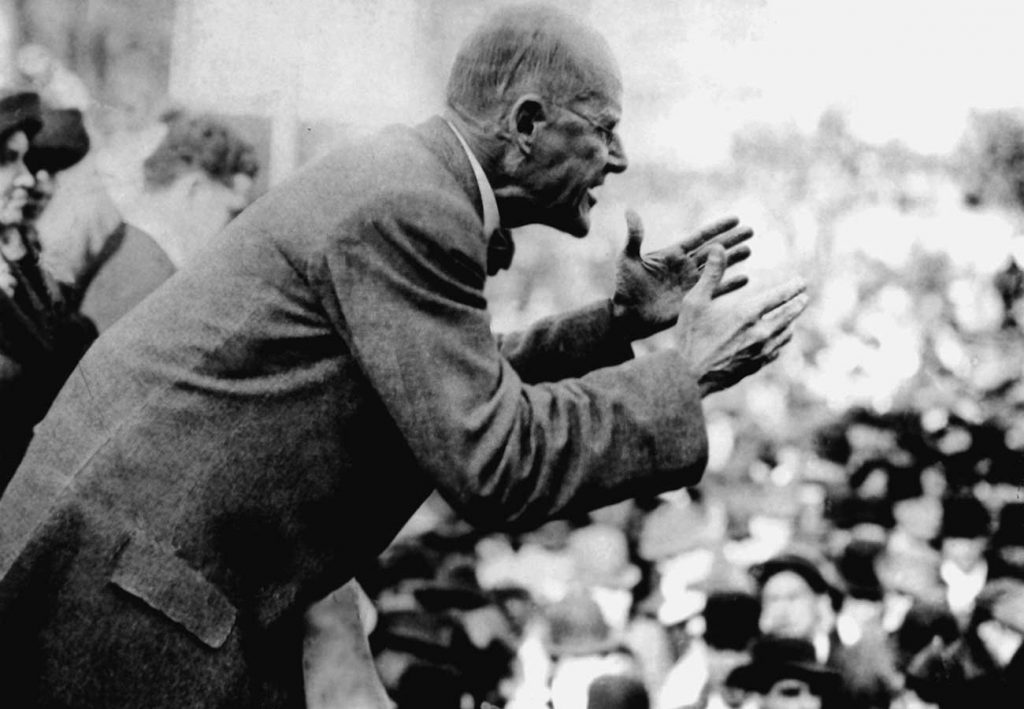 In the Election of 1832 the Nullifier and Anti-Masonic parties each took a handful of electoral votes. These were single-issue parties. Nullifiers wanted the right for states to nullify federal laws within their borders. The Anti-Masonic party simply opposed Freemasonry.

By 1920 America had a different kind of third party and a different kind of candidate. Eugene V. Debs ran for the fifth time in what has to be considered a protest campaign. He ran on the Socialist ticket from jail. Debs had been arrested on ten counts of sedition and sentenced to ten years. Apparently World War I President Woodrow Wilson did not appreciate Debs’ anti-war views. Today, Debs is hailed as a hero by many.

And so the tradition of the protest candidate has been with us for a very long time. Challenging the mainstream parties is just part of the fun of American politics. Odd that we think it is so new, or even improper. 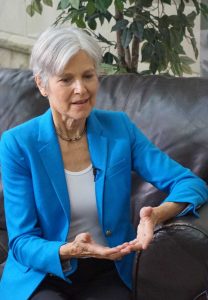 The Green Party’s Jill Stein follows in that tradition. In fact, she now has her own arrest warrant in connection with protests against an oil pipeline in North Dakota.

In early September, Jill Stein joined protesters in North Dakota and sprayed “I approve this message” in red paint on a bulldozer. Morton county issued the arrest warrant for misdemeanor counts of criminal trespass and criminal mischief. Democracy Now host Amy Goodman also has an arrest warrant out for the same protest.

“They issued the arrest warrants for the wrong people. They should be issuing an arrest warrant for the Dakota Access Pipeline,” says Jill Stein.

A couple of misdemeanors is not quite treason, but she isn’t done yet.

At the first Presidential Debate, Jill Stein again joined protesters. They were calling for access to the debates for Jill Stein and Libertarian Gary Johnson. Stein was escorted away by police, while twenty-four protesters were arrested.

I asked Jill Stein if she thought she would actually be arrested during the campaign, either for the protest of the Dakota Access pipeline or for protesting the debates.

“I think those two would be real good reasons to risk arrest.”

For Jill Stein it is imperative to join the debates. It is her greatest chance to be heard by the American voters, and likely the only way she would gain more than a few points in the polls.

”In this country we not only have a right to vote, we have a right to know who we can vote for. The American people have already rejected at unprecedented numbers – the highest disapproval, the highest rate of distrust for – the two major party candidates who are being shoved down our throats.”

Even without an invitation to join the debates, the Stein campaign is having some limited success. At a campaign stop at USM on September 14th there was one of the largest crowds Portland has ever seen for a Green candidate. Not since Ralph Nader came to Portland in 2000 have so many tuned in for a third party candidate. Both young and old, and from across the political spectrum (althought, obviously mostly very liberal). The attendees all had one thing in common: distrust for the current political order.

I spoke with Stein supporter Amy Gaidis, who was tabling at the event for the International Socialist Organization. She said their local ISO group is supporting Jill Stein’s campaign.

“We see her campaign as doing something really important, standing as an alternative to the two corporate parties.” 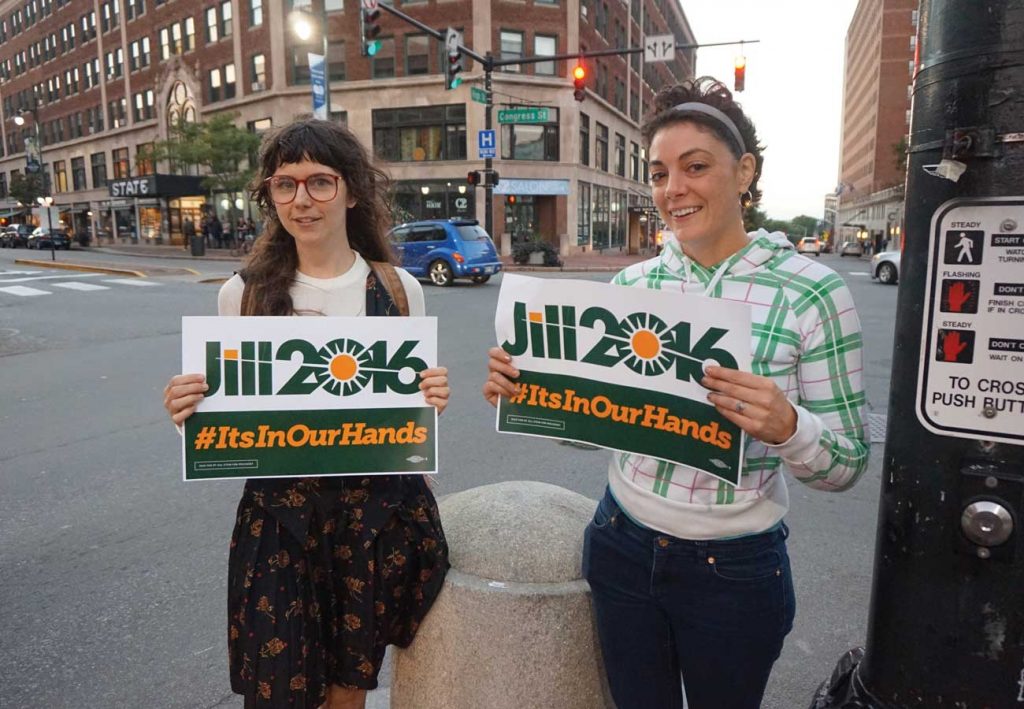 Will that alternative be successful? Perhaps it depends on how one defines success. One this certain, she is on the ballot in 45 states (48 if you include states that allow write-in option). So it is possible, albeit improbable, for her to win.

Regardless, Jill Stein sees a path to victory.

“We have the power. Just mobilizing young people alone who are carrying student loan debt. That’s 43 million young and not-so-young people who are actually a plurality of the vote. Just by empowering young people to come out and end student debt we can win this election and make it so.”