Interview with The Soapbox’s Eric Poulin

West End News Editor Tony Zeli sat down with Eric Poulin host of WMPG’s The Soapbox at our offices on Bramhall Square.

The Soapbox is a public affairs show on WMPG, the community radio station based out of the University of Southern Maine. It airs on Wednesdays from 8-8:30 p.m. Tune the station to 90.9 or 104.1. The show also streams live online at WMPG.org, and is archived on The Soapbox YouTube channel. 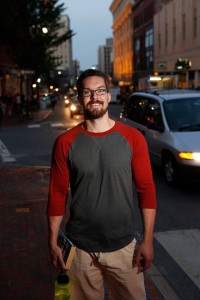 Since taking over the program slot in October of 2013, Eric Poulin has hosted Noam Chomsky, Chris Hedges, Ralph Nader, labor activist Adolph Reed, Jr., who authored the essay “Nothing Left,” and many other notable thinkers within the American Left.

There is now a companion book club hosted by The Soapbox and the Voter Education Brigade. Through MeetUp.com members of the community can join Eric and others in discussing the books that are written by, or are important to, the guests he has on the show.

TZ: State what you think your show is.

EP: When I called it “The Soapbox,” I thought it was going to be, basically, a platform to bring the average citizen onto the community airwaves to talk about issues that matter to them…

What happened was I had some success initially. Noam Chomsky was the first big name I got to come on the show. Since he came on, the intent of the show changed a little bit, although it is still evolving.

The other thing, more recently, that I’ve come to think that the show is about, or what I would like it to be about… is that I’d like to de-radicalize the radical.

But the issues that we are talking about on the show, I think often times are painted that way… But we’ve got to make the shift from consigning these issues of importance and concern to radicals, or only experts, or only the rarified academics of … What’s the word I’m looking for?… Edit that section out–

TZ: No, this is going in verbatim–

It is not radical. We need more teachers, we need more waiters and waitresses, we need more people who are just everyday working people, who you wouldn’t normally associate with radical critical thinking– But, it is critical, so we need to think it and we need to have these conversations.

TZ: Tell me more about the book club.

EP: I was doing the show, and I am reading all these books anyway… Talking to the author is one thing–that is a lot fun–but I always want to talk to other people about these books, and find out what they think, what their reactions to these books are. 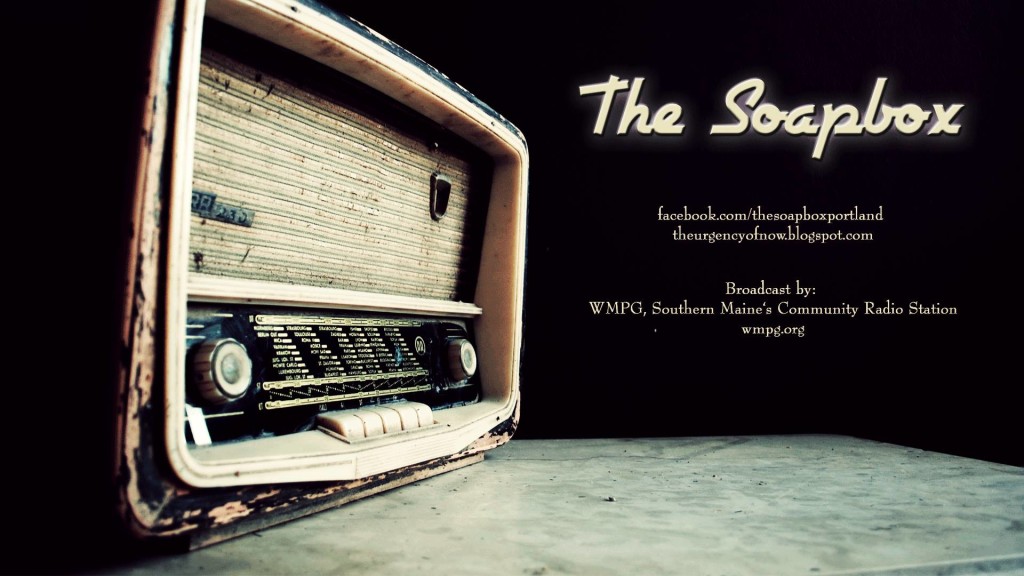 TZ: What’s your thirty second elevator speech for The Soapbox?

EP: I should have a good answer for that.

TZ: This is your chance to practice… What is your speech to someone who never heard of the show and thinks Noam Chompsky is just an old, annoying, crazy radical?

EP: I would say, if you are content with the country and the political and economic system as it currently exists–the show is not for you.

If someone would be turned off at the thought of listening to Ralph Nader, or listening to Noam Chompsky, talk about the state of the country, I want them to call up and explain to me, or whatever guest happens to be on the show… why they disagree. Just call us up and explain, in a thoughtful and respectful way…

I don’t want The Soapbox necessarily to be seen as leftist, although with the nature of the guests and me—it is. But these terms aren’t particularly useful. Let’s think more in terms of construction and positive contribution. What are we offering to make things better?

So if you have something to offer… call in with what you have to offer and make your case.
So that’s not thirty seconds, I don’t think.

TZ: Would you consider yourself alternative media?

EP: Honestly, I haven’t even thought about it. Community radio–that is what I would say… So if that is alternative media, then sure. But emphasis on the community.