Posts
Home Featured You know the election results … but how did Portland vote?

You know the election results … but how did Portland vote?

How Did Portland Vote?

Everyone knows Portland is a liberal pocket in Maine. But how does this play out in actually election results?

Jokingly referred to as “The People’s Republic of Portland,” it is not surprising that the vote in Portland leans a bit to the left of the rest of the state. But just how far to the left? Did you know that Hillary Clinton took 76% of the vote in Portland? She only carried 48% of the entire state. Gary Johnson did worse in Portland compared to his overall total, and Jill Stein fared slightly better.

Perhaps most telling are the ballot question results. When compared, Portland voted much more heavily in favor of the winning questions. For instance, Portlanders favored legalizing marijuana by 65%. It barely passed with just 50.2% of the total vote across the state. And the minimum wage question won the Portland vote by over 40 points. It squeaked by at the state level by only a 10 point margin. In addition, if it was up to the People’s Republic, Maine would have background checks on private gun sales.

In this infographic, find the total affirmative vote for each Presidential candidate and the six ballot questions from Portland compared to the overall election results in Maine. Click on the image to view in full detail. 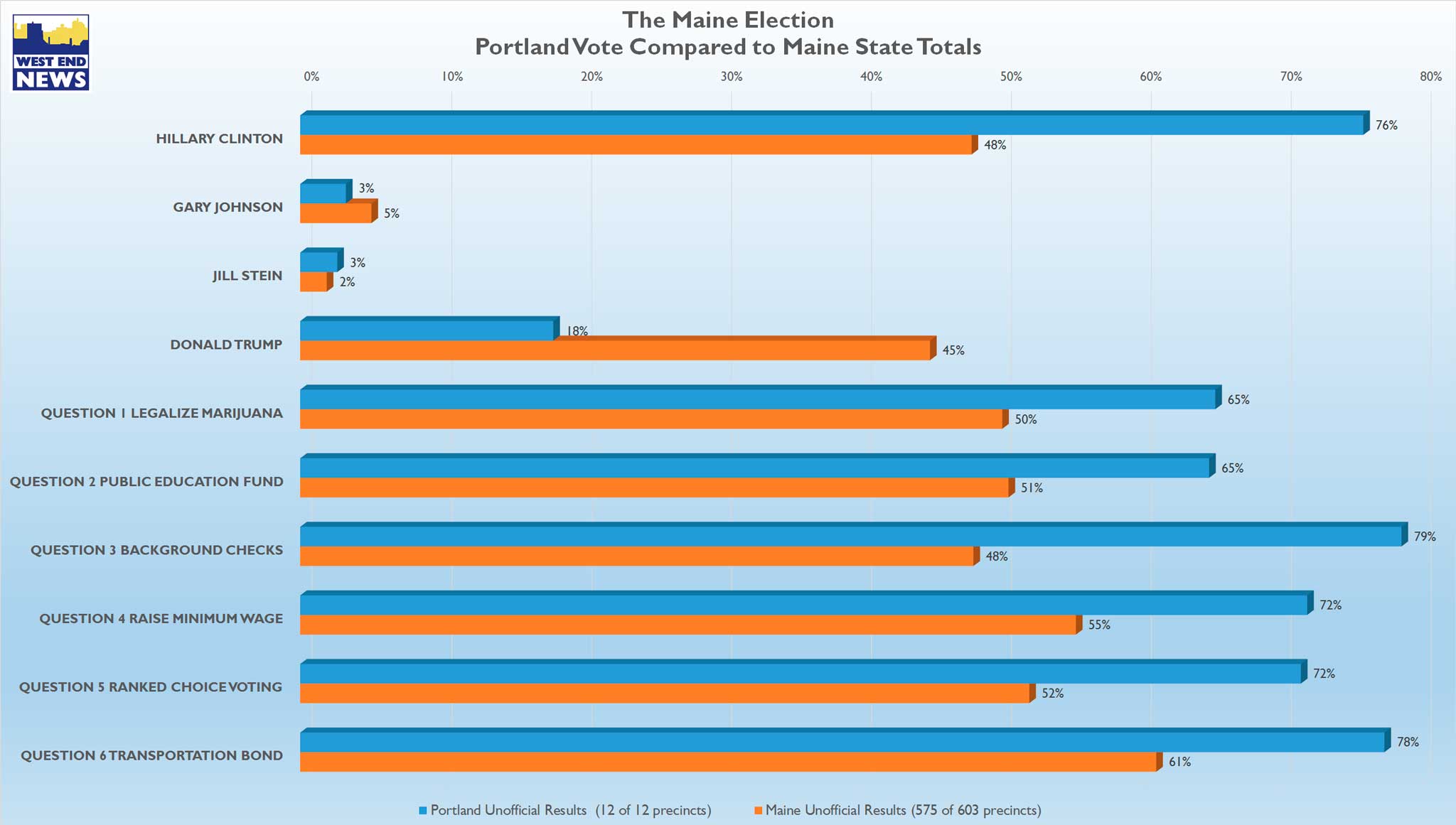