On December 16th, local nonprofit Green Initiatives Education Fund held a press conference with Food and Water Watch to call on Mainers to oppose a bill that has been called the “Denying Americans the Right-to-Know Act” (DARK Act). This bill would prevent states from adopting legislation to require labeling of genetically engineered foods, or foods that contain genetically modified organisms, GMOs. 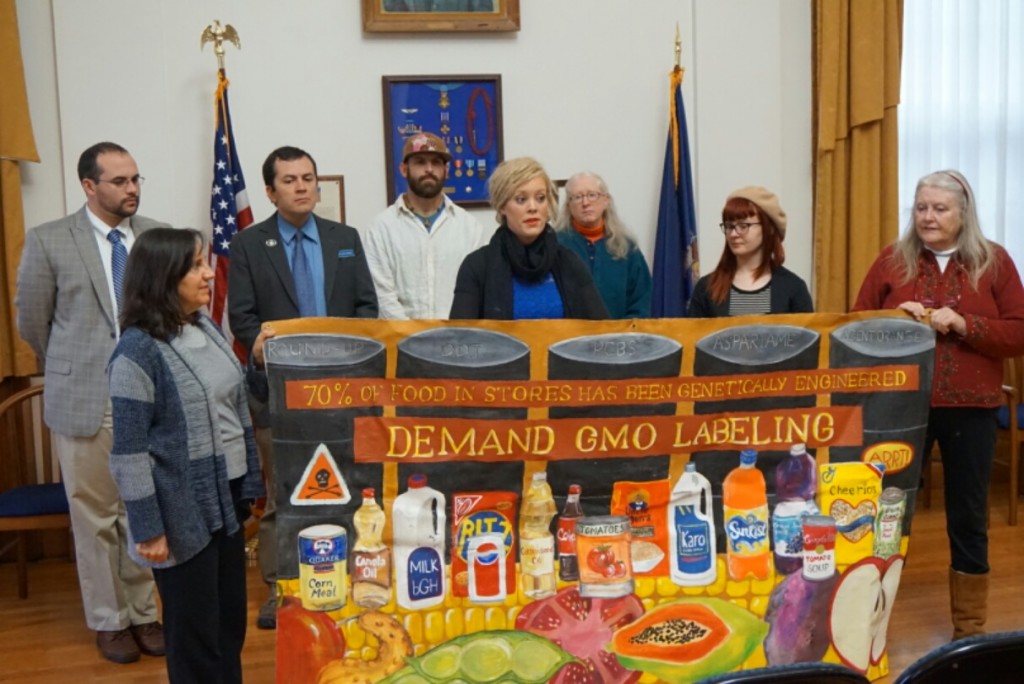 Maine passed a labeling law that will be implemented after five adjacent New England states adopt similar legislation. Laws have been passed not only here in Maine, but also in Connecticut, and Vermont. If Massachusetts and New Hampshire adopt GMO labeling laws, then Maine’s law will take effect.

Should the DARK Act pass, it would effectively shut down these efforts, in favor of the current “voluntary” labeling policy, in which corporations can voluntarily choose to label their GMO foods.

“This goes against our democracy and everything we stand for,” said Representative Chipman.

“An astounding ninety-percent of Americans agree [with labeling GMOs]. Whatever their feeling about GMOs — good, bad, or indifferent — they would like to have that information,” said Representative Pingree in a written statement. 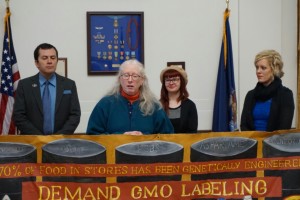 Betsy Garrold, a farmer from Knox, who blogs as the Populist Farmer, called on others to join with her and other local, organic farmers in fighting the DARK Act.

“Join the next great civil rights movement — the right to know what is in our food and to eat whatever we damn well please,” said Garrrold.

Supporters of the act say that it will eliminate the confusion of complying with different laws in different states.

Tony Zeli, publisher of The West End NEWS, is a board member of Green Initiatives Education Fund.