Chipotle and Dunkin’ Donuts will anchor a new shopping plaza on Marginal Way in the Bayside neighborhood. Construction is slated to start in May. 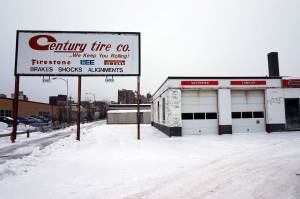 The location is familiar to most as the former site of a local family-owned business, Century Tire. Century Tire closed in February after 88 years in operation.

In a nod to the former business, the developers have dubbed the project “Century Plaza.”

Many Bayside residents are disappointed with the project.

That statement was in response to Baysider Markos Miller’s post that simply put it, “Quick money. Lack of vision.”

Bayside is one of the least densely populated areas of downtown Portland. The neighborhood is considered by the City and developers to have high potential for development.