Over 65 campaign signs representing 15 different campaigns and political affiliations including Democrat, Republican, Independent & Green were stolen Saturday night, October 25th. The signs were taken to Deering Oaks Park, where the perpetrator, perpetrators, left the signs in a circle formation.

State Representative Ben Chipman discovered the signs mid-morning on Sunday, October 26th, after making a routine check on his own signs and finding several to be missing.

“I check up on my signs daily to repair any that have been damaged or fallen and I found several that were just gone altogether. It was when I checked the intersection of High Street and Park Avenue that I noticed, not far away, the large circle of campaigns signs in Deering Oaks Park,” said Chipman. 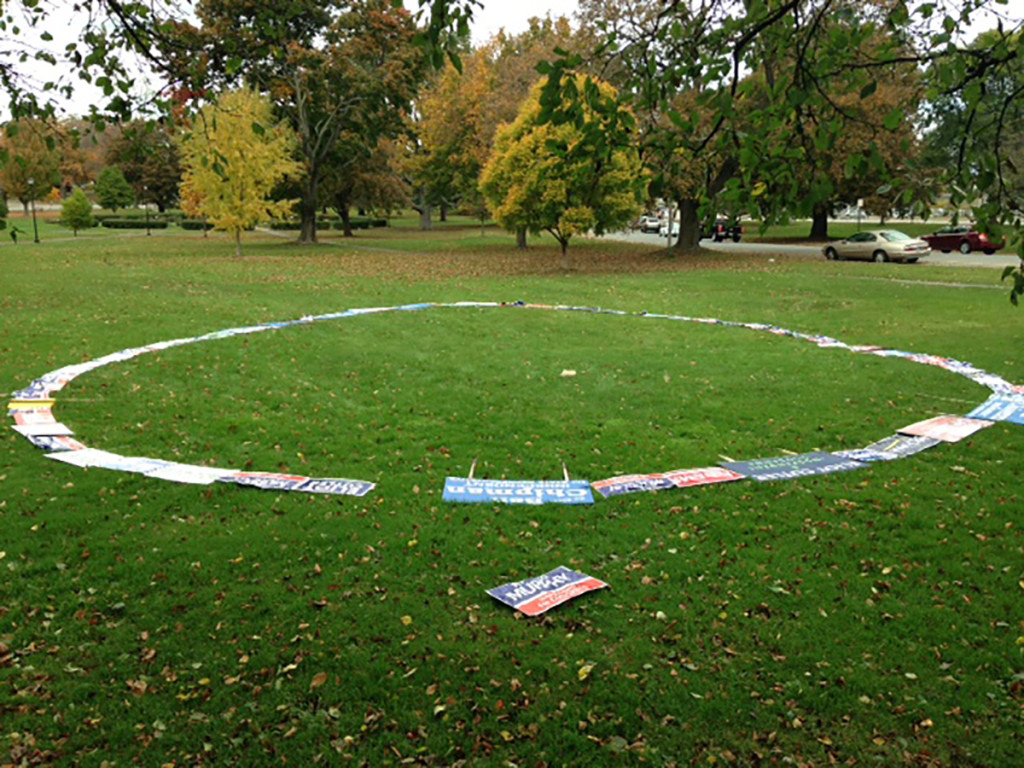 Stolen campaign signs were left in a large circle in Deering Oaks Park.

Chipman made a report to the Portland Police who met him at Deering Oaks just before 12noon on Sunday.

“Tampering with campaign signs is a criminal offense and I have asked the police to do a thorough investigation and to prosecute to the full extent of the law,” he said.

Police are investigating this crime. If you have any information please contact Portland Police at 207-874-8575.