Results of the Aging in Place Survey reveals some of the needs of aging West End neighbors. 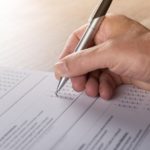 Last fall the West End Community Action Network – Aging in Place (WECAN-AIP) conducted a survey to find out what aging West End neighbors (over 50)  think about the prospect of staying in their homes as they get older. We reached out to neighbors in Parkside, St. John Valley, the Western Prom and West End. Some 2500 people, roughly one quarter of the population of this area, is over 50, according to the 2010 census.  We received invaluable help from AARP, from the City’s Director of Elder Affairs, Linda Weare, and from the Neighborhood Associations in this effort.

Over 200 people completed surveys.  Of these, nearly half were between the ages of 65 and 75, and another 24% over 75. Almost 2/3 were female. Nearly half were living with another person, and another 44% were living alone. Twenty-eight percent of respondents have lived in the West End for over 20 years. One-fifth moved here in the past five years. Nearly 3/4 said they are likely to stay in the West End for at least another decade. Roughly 60% of respondents own their homes, 40% rent. 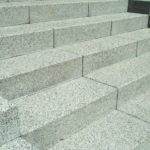 People’s concerns reflected their diverse living situations, from finding help with maintaining or adapting houses to getting priced out of the West End by rapid increases in rent. Stairs were a common concern. Nearly half of respondents are likely to look for smaller or better designed housing in the future. Over 40% said they were likely to renovate their homes in some way to make them more age friendly (anything from grab-bars in bathrooms to rearranging their homes to facilitate first floor living).

Almost 1/3 reported difficulty finding reliable maintenance services, especially for small jobs. While some had access to maintenance through their apartment, condo or subsidized housing arrangements, many owners need help with everything from yard care to changing light bulbs to taking out the trash. Over 1/4 said that more easily available, reliable services to help with yard work, snow shoveling, handyman jobs and housekeeping would help them stay in their homes, as would help with technology.

Other services important to some aging West End neighbors included help with: pets, making homes safe, buying or preparing food, medications and finances. Over half said in future they’ll need a good source of information on local services for older people. 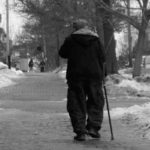 Over 90% of respondents reported being in good health. Almost 90% said they get together with other people often or daily. Most have someone to call on if they need help. Twenty-nine respondents do not have anyone to call, however, and some living alone worry about what would happen to them if they fell, or became ill, at home.

When they can no longer drive, most people intend to keep walking. Half will take the bus, or a taxi, or rely on family or friends. But 45% of survey respondents said they find it difficult to walk in the West End. Many mentioned uneven brick sidewalks and icy, snowy, slippery or impassible sidewalks in the winter. Affordable transportation services would be an important issue for 40% of respondents in choosing whether to remain in their homes as they age.

Many respondents expressed great interest in staying physically and mentally active. Well over half said they would value having more outdoor exercise programs, and half said they want more opportunities for indoor exercise. Half want more personal enrichment programs (writing, music, arts, etc.). Many would like wellness classes. Eighty-three expressed interest in opportunities to volunteer. And nearly 60% see a possible need for services from volunteers at some point in the future. 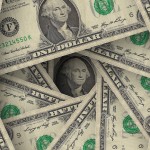 Finally, when survey respondents were asked their top concerns about staying in their current homes as they age, the most frequent responses (60 each) were stairs and finances. How to make aging multilevel homes safe for older people is a challenge in our neighborhood. And paying for such changes is another.

There are many financial concerns for many of our aging West End neighbors, including rising rents, fixed incomes, funding cuts, rising property taxes and utilities, and paying for food and medical expenses.

The survey clearly showed that most older people now living in the West End want to stay in their homes as long as possible. In the coming months WECANAIP, together with West End neighbors and others will be looking at ways we can help make progress towards that goal.

If you have any questions about the survey or want to work with us on this effort, place contact us at WECANAIP@gmail.com.