The stakes keep getting higher for workers and small businesses

The minimum wage is $7.50 per hour in Maine. That is 25 cents higher than the Federal minimum wage, but according to many, anywhere from $1 to $7.50 too small. 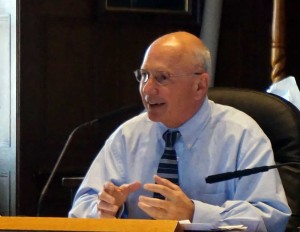 The City Council Finance Committee have their own opinion. They agreed in an April meeting that a minimum wage hike was necessary, but they also wanted to listen to the concerns of small businesses and trade associations like the Chamber and Restaurant Association.

But there is a third team with skin in this game: the people of Portland.

The local chapter of the Green Independent Party, taking their cue from the Seattle based Socialist Alternative and their 15 Now campaign, think the minimum wage should be $15.

The Greens are going to move right pass the Mayor and City Council on this one. They are taking it to the people in the form of a local referendum.

“We want to move towards prosperity, instead of keeping people in poverty. The Mayor’s proposal, and what has been put forth by the City Council, keep people in poverty,” explains Tom MacMillan, Chair of the Portland Green Independent Party.

The Greens believe that the minimum wage should be a living wage. This is the nomenclature for a wage that can meet a person’s need for housing, food, transportation, healthcare and other essentials. 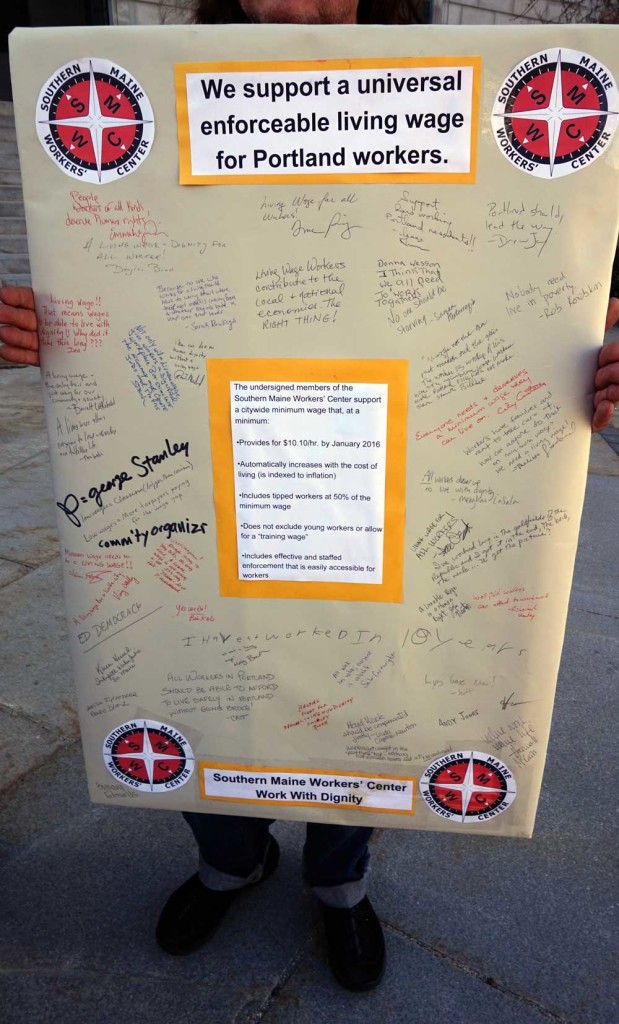 Various organizations calculate the living wage. The latest report in Maine was issued by the
progressive organization the Alliance for a Just Society in 2014. This report suggests a single adult in Maine needs $15.82 per hour to sustain a basic life in Maine. A single-earner with two children should earn $28.86… just to get by.

In Portland the cost of living is higher than in the rest of the state. A living wage for a Portlander would likely be even higher.

“Localities have different needs… The cost of living in Portland is different than Calais,” notes Tom MacMillan.

“What we call [the ballot initiative] is An Ordinance Towards a Living Wage. It doesn’t create a living wage immediately. It moves us much closer to a living wage. We view it as a compromise. A living wage–most people think, in Portland right not–for a family, would be about $22 per hour. We recognize that we are not ready to do that as a City…” says Tom.

The Mayor on the other-hand stated to the Finance Committee in April that he was not interested in creating a living wage.

“We’re talking about a minimum wage, not a living wage. I think we’ve been clear from the beginning…” Mayor Brennan said.

The Mayor is basing his minimum wage on 50-60% of the median income in Cumberland County.

“As a former activists, and former union organizer, I believe strongly that the minimum wage is far under what it should be,” says Tim Rich, owner of Fit to Eat in the Old Port.

“It’s not so much an issue of not believing that people deserve a $15 per hour minimum wage. They certainly do. But it is a question of how to get there, while balancing the cost of doing business with what is right and moral — and what people deserve to be making.”

“There are a lot of unknown unknowns,” Tim tells the West End News, while apologizing for quoting Donal Rumsfeld. 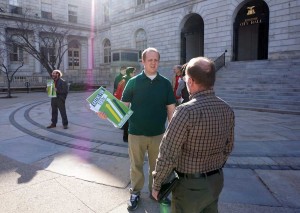 Tom MacMillan notes that the $15 ballot initiative puts small business on a different schedule than large corporations with 500 or more employees.

“We’ve already spoken to a half dozen business owners who support what we are doing,” says Tom.

Eatery owner Tim Rich thinks this is still too much too fast.

“The time frame needs to be a bit longer… Considering how many years the minimum wage has lingered far below where it should be, and far below the rising inflation,” Tim explains.

“I think if a referendum would go up for say $10 or $11 per hour, it would have my vote. Any higher than that… Fifteen is too high,” he says.

“The way it sounds like the increase is devised– the idea being that there will be more money circulating out there– the more people would come into my shop and pay more for an individual item– We would certainly in the short-term have to raise prices. We would try to put money into marketing. And we’d try to increase revenue to the point where we could afford it. I would be very skeptical that we would get to that point… at least in the short-term,” Tim worries.

Keep in mind Tim already pays employees above the minimum wage. He is a supporter of the moral argument for a living wage. He just wants to keep his doors open.

“I think that two real big things come out of it. I think larger companies can absorb that cost, because big businesses tend to be busier and tend to have higher revenue. You would see companies like mine go out of business…

“I think more and more coffee places would be Starbucks, and more and more burger joints would be McDonalds. It would really hurt small business in a way people are hoping it wouldn’t,” Tim says.