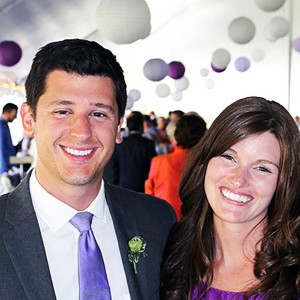 Wells joins joins Rob Korobkin and Spencer Thibodeau in the race for this open seat that is being vacated by David Marshall. All three candidates have qualified for the ballot. A fourth candidate, Mako Bates, has stepped down from contention.

Lyons is a West End resident of Danforth Street and an organizer who serves on the board of Maine Citizens for Clean Elections and volunteers as an attorney with the Immigrant Legal Advocacy Project. He is also general counsel and co-owner of Rogue Industries, a local wallet company.

In a statement to media Lyons sited heroin and panhandling as important issues he will campaign on.

“There are a number of steps we can take that will save lives and make our city safer. The first is to implement a safe surrender point at the Portland Police Station, so that anyone seeking treatment can get rid of drugs and needles without being charged.”

Lyons also wants to see the city revisit the issue of panhandling, noting that panhandling is “out of control.” Wells seeks to institute a public education campaign, encouraging people to give to organizations that get people off the street.

Wells has run competitively twice before. He lost a citywide, at-large Council bid to Jon Hinck in 2013. He was also defeated by Nick Mavadones in 2012 in another citywide campaign.*