There’s a video on Youtube that always gets play in a minimum wage debate. A man is sitting in a car, recapping his less than ideal Carl’s Jr. drive-thru experience. Regretfully, his order was bungled and he received the wrong sandwich. 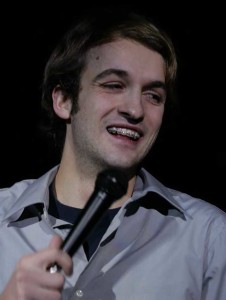 Understandably upset, he proceeds to question, with quite colorful language, how anyone can get something like that wrong. Then, he suggests all fast food workers involved in the Fight for Fifteen movement can go and provide themselves an expletive form of customer service.

While I enjoy poor-shaming as much as the next patriotic American, I believe I can shed some light on how and why the burger was assembled wrong. Spoiler warning: It’s not the workers fault.

I worked fast food in 2011 and 2012. I didn’t have many job skills, still fewer job hunting skills, and I had to be in central Maine to be close to my orthodontist. Also those years were a lot closer to the recession than this one, and many laid-off older folks were competing for traditionally young people’s jobs.

I kept these excuses ready because I often felt the need to defend what I was doing. Sure I was working there now, but it was only temporary, I wasn’t one of “those people.”

I couldn’t have been more condescending about it if I’d been a felon going down an escalator.

I’ll touch on this more later, but it’s the first thing to know about the job: no one respects the work you’re doing, not the boss, not your co-workers, and definitely not the customers.

Drive through orders specifically are more likely to be screwed up because all anyone cares about at the drive-thru is speed of service. This might go without saying in the “fast-food” industry, but drive-thru is the easiest way for management to measure speed, so drive through order time takes precedence over both quality and in-store customers.

The mechanism is a magnetic strip under the cars that pull up to order. There’s a history channel show on technology that outlines the process. Like the rest of their programming, important context is left out. In this case, it’s how ugly the upper management gets about the timer.

As awful as the customers in line can be to you, they (probably) can’t fire you. The guy who reads the percentage of orders over the time limit can and will.

You might be thinking, “Well, it’s a simple job they do, and with the right tools they should be able to do it pretty fast.”

Fast food restaurants are notoriously understaffed. In addition to the shit pay and the ticking clock, you’ll probably be expected to constantly juggle a bunch of things at once. Also you might get asked to work overtime off the books, or allow overtime hours worked to be transferred into the next week’s hours.

To summarize, when you work in these places, you’re underpaid, understaffed, constantly up against a ticking clock that one indecisive stoner at the voice box can completely ruin, and your franchise owner may very well literally be stealing your wages.

Most think this couldn’t be their situation, and most are wrong. Being faced, at least temporarily, with the choice between McDicks and unemployment can happen to almost anyone.

Maybe you lost your current job and can’t immediately find another one in the field. Maybe your car broke down and you need something you can walk to. Maybe you just got busted selling a therapeutic plant to a consenting adult…

Also, once you’re in that spot, of drudging away in fast food hell, guess what: You’re replaceable. Your community is full of unemployed and underemployed people. If you work the front, you see people dropping off applications every day. You will take a mountain of shit from the franchise with zero bargaining chips to negotiate for yourself.

If you order at the drive through, you’re ordering from an exhausted, short-handed crew under incredible pressure to do the job fast. Occasionally you’ll run into a botched order. This is due to the choice you made, and the time and budget you had for lunch that day. It is not a reason to help culturally and economically devalue the labor of millions of extremely hard working Americans. Don’t be a hater.

You can learn more about the Fight for $15 on their website at http://fightfor15.org/