Over the last several months there have been 15 robberies, including armed robberies, throughout Portland. 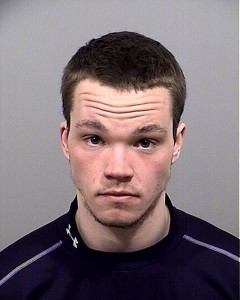 “Lots of resources are going into that..” said Community Police Officer David Argitis, but he was unable to comment further.

Meanwhile, on April 7th, Police arrested Tyler I. Dias (age 21 – of Portland) and Kevin S. McCarron (age 22 – of Portland), at a residence on Luke Street, on outer Forest Avenue in North Deering.

At about 10 a.m., 911 received a call from the mother of a sixteen year old girl. The girl was home alone and called her mother reporting that two men were approaching her house.

These men used a ladder from the residence to enter the house through an upstairs window. The girl’s mother told dispatch that her daughter had locked herself in a closet and could hear the men inside the home.

Portland Police Officers arrived on scene and immediately located the girl and escorted her to safety. 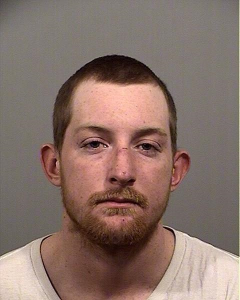 Officers subsequently located Dias and McCarron hiding in the basement. Both were taken into custody. Once at the jail both men were found in possession of stolen property from the home.

Dias and McCarron are charged with: Burglary, Theft, Criminal Mischief, and Violation of Conditions of Release. Both men had been previously released on bail when this incident occurred. Dias was on bail for theft and McCarron for trafficking in prison contraband. Dias is also on Probation in New Hampshire.

The men are held without bail at the Cumberland County Jail and expected to make an initial appearance at the Portland Unified Court on 04/08/15 at 1pm.

It is unknown whether either of these men were involved with other recent robberies.