How To Run Congress Square Park

To run Congress Square Park dozens of volunteers and community input are needed.

With over 100 events, to run Congress Square Park successfully it takes a community of volunteers.

“We now have around 30 active volunteers who set up and take down the furniture and umbrellas and tidy up every day,” notes Friends of Congress Square Park volunteer coordinator Rosanne Graef. 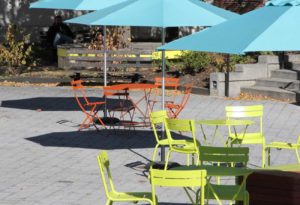 Tables and chairs are unlocked and set out daily.

That is just the daily set-up. There are also a plethora of events every Wednesday and Friday night until First Friday in October. Chamber music, swing dance, tango lessons, Sunday films beginning at dusk, Thursday yoga at 7 a.m. and Wednesday Tai Chi Chih/Qigong at 10 a.m.… Congress Square Park is one of the hottest spots in town and requires a couple of part-time staff to pull it off.

Grants from foundations like the National Endowment for the Arts and the Quimby Foundation, as well as corporate sponsorships from the Westin hotel and others, help to cover a lot of expenses, including the part-time staff. Individual donations to Friends of Congress Square Park go directly to programming and amenities and are tax-deductible.

All the events are free, so private donations are an important part of paying the performers and artists.

“I think for me the most rewarding part of the process … has been watching how the community has embraced the park and the friendships it has created,” says Friends of Congress Square Park’s Bree LaCasse.

“There’s a democratizing effect of public spaces, where people from different backgrounds can come together and interact in ways that they wouldn’t anywhere else. And we see that on a daily basis.”

Bree recounts a story of woman who hadn’t left her apartment for two years, until she discovered volunteering at Congress Square Park. Now she has a reason to get out of bed, a role to perform, and a place in the community where she belongs.

“It isn’t just a physical space, but it’s become a place where the community can gather. It’s been an amazing thing to be a part of and watch happen,” Bree says.

The park is due for a facelift. A redesign process for the entire square (including the intersection and the art museum plaza) is well on the way. Urban planners are competing for the general design concept, and the winning design finalist will be announced as soon as this month. 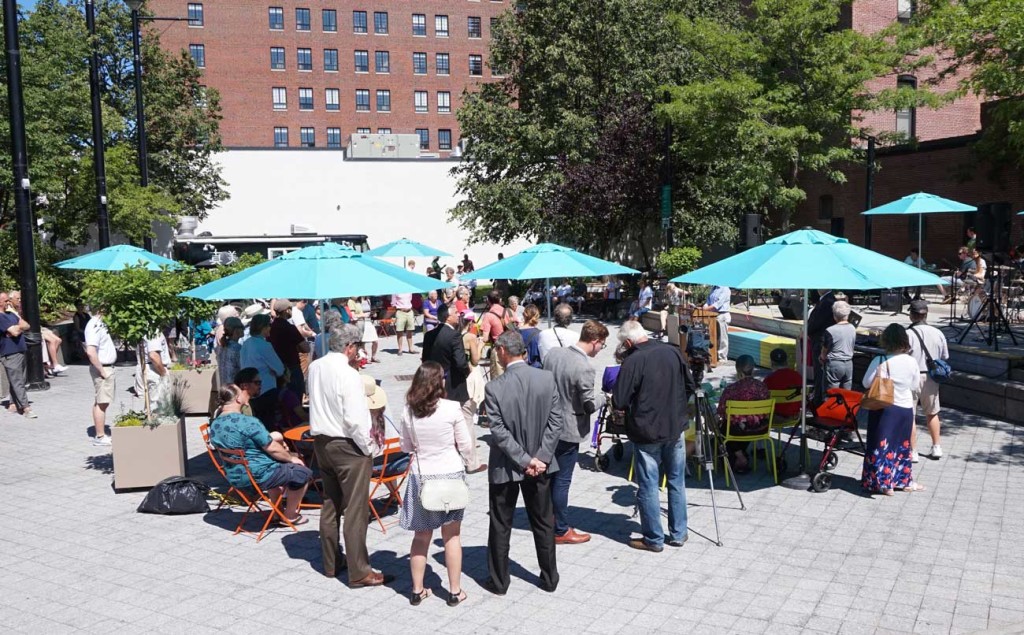 Friends of Congress Square Park will partner with the City to do educational outreach and make sure neighbors feel informed and involved in the redesign process.

“There will be a lot of community meetings where people can way in,” says Bree.

From the general design to construction drawings to details like which materials to use for lighting, there are still a lot of steps and a lot of opportunities for the public to way in. It likely will be 2018 before shovels break ground.

In meantime, volunteer coordinator Rosanne Graef needs your help to run Congress Square Park. Anyone who is interested in volunteering can contact Rosanne at rosannegraef@congresssquarepark.org.