Rescued food is how one local nonprofit is battling hunger.

“There is so much food… I don’t know if it’s about not having food,” says Mary Zwolinski of food insecurity in Portland. Mary is Executive Director of Wayside Food Programs. She knows that food waste and access to affordable and healthy food are the real barriers. That is why Wayside focuses on rescued food. 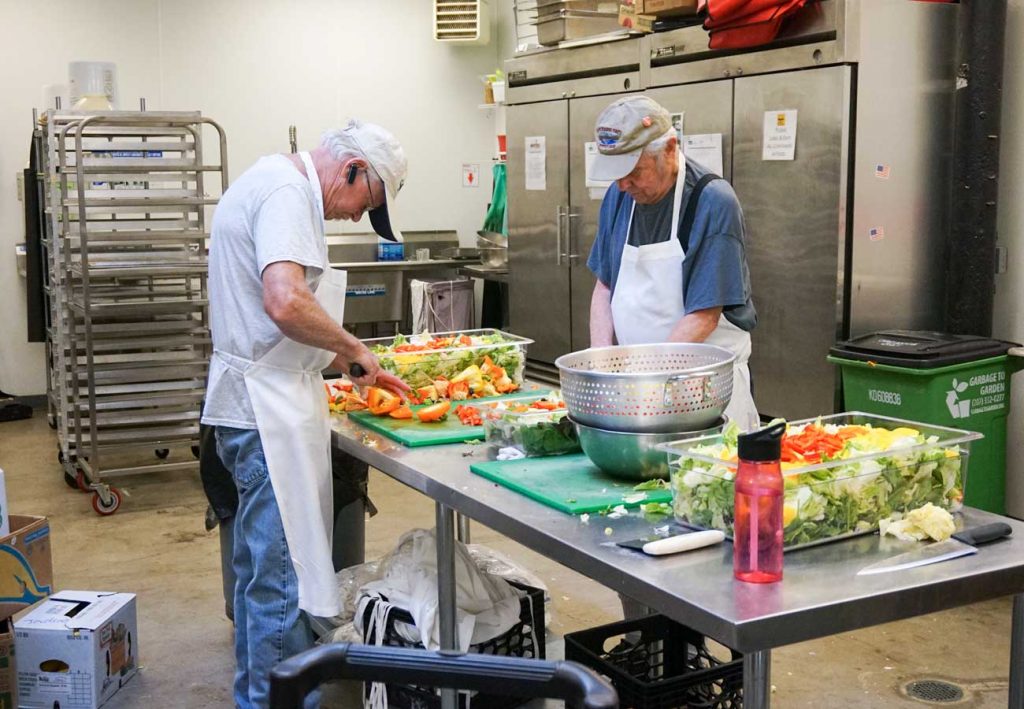 Volunteers in the Wayside kitchen.

More than 16 percent of Maine, or about 208,000 people are food insecure, according to Good Shepherd. But across the nation 133 billion pounds of food is wasted every year. According to the U.S. Department of Agriculture that averages to 1249 calories per person per day just thrown into the trash. It accumulates to 20 percent of landfill waste and releases methane, a greenhouse gas that is 21 times more powerful than carbon dioxide. Diverting 15% of the food that currently goes to waste would be enough to cut the number of food insecure Americans in half.

“I would say eighty to ninety percent of the food that we use for our kitchen is all recovered,” says Don Morrison, Wayside’s Operations Manager.

Recovered, or rescued food, is any food that is going to be thrown away but is still good to eat. So far this year, Wayside has diverted 483,000 pounds of food from the landfill. And the fourth quarter is their busiest.

The food is coming from grocery stores, farms, food distributors, food manufactures, hospitals and even occasionally from jails.

Food rescue represents about half of Wayside’s budget. The program requires trucks, warehouse space, coolers and lots of people. In fact, Wayside only spends about $6000 per year on purchasing food. They provide thirteen meals for the hungry every week all year long mostly with recovered food. 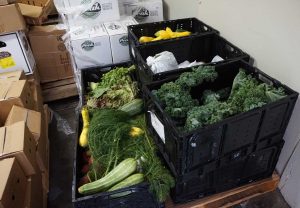 Even more amazing, rescued food often has a short shelf life – sometimes having to be used within a day or two – yet, Wayside wastes almost nothing.

“Our waste is under 10% from what we recover,” notes Don Morrison.

“And even that [waste], we give to a pig farmer or it’s composted,” adds Mary Zwolinski.

“So none of it ends up in the landfill. I work with two composters and three pig farms,” says Don.

All that recovered food is diverted using five mobile food pantries, thirteen weekly community meals and redistribution to forty other agencies in Cumberland County. It takes a lot of smart planning in their kitchen and throughout the organization.

One time they received eight pallets of limes. What do you do with that many limes?

“So we had gotten all these boxes of limes. We took them to the mobile food pantry and we made limeade,” says Mary, “and we made chicken that marinated in lime. Just so people could understand what you do if you take a case of limes home [from a pantry]. And we handed out recipes.” 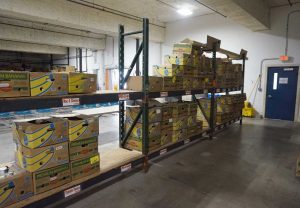 Wayside’s warehouse is often a very brief stopping point for thousands of tons of rescued food.

Helping people understand what they can do with food, especially food that is about to be wasted, is an important step in reducing food waste. Meal planning is an essential skill.

Wayside is even working with a venison processor who processes deer for local farmers. Traditionally farmers would just bury the deer after thinning the herd. It could be dozens of deer during times of over-population.

You might not cook venison, but Wayside’s kitchen can cook it and get it out to the community.

Volunteers are always needed to help with meals, in the mobile pantries and in the warehouse. Another fun opportunity is gleaning from local farms. If food can’t get harvested in time, farmers will let Wayside know. Volunteers can organize and pick the produce so that it doesn’t have to be plowed under. It is an especially fun activity in the fall during apple season. Follow Wayside’s Facebook page to stay posted on opportunities.

Visit their website for more information on community meals, mobile pantries and how to help: waysidemaine.org.