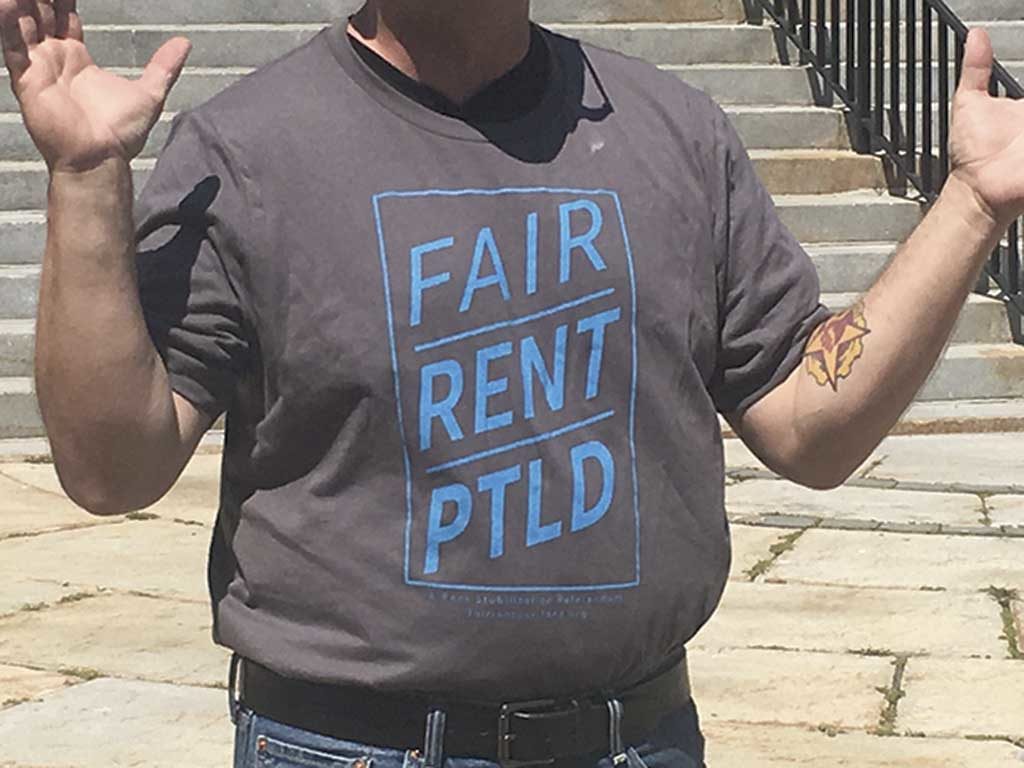 Question 1 on the City ballot asks voters if they support rent stabilization and protection of tenants’ rights. The question is followed by pages of ordinance that no voter will want to pore over in the ballot booth.

Jack O’Brien, a member of Fair Rent Portland, says the ordinance is an example of a third generation of rent control that started to crop up in the ‘70s and ‘80s.

“These programs have proved remarkably effective… They do exactly as they advertise,” says O’Brien. “It reduces the cost burden for renters over time. It keeps diverse communities in place and it keeps neighborhoods stable… This is exactly the sort of tool that we need to be thinking about as Portland goes forward.”

But, Tom Watson, owner of Port Property disagrees. He says this is a solution to a problem that does not exist. He believes the problem is a lack of low-income housing and the solution is more housing supply.

“I don’t think we have a market-rate problem…” says Watson. “What we have is a low-income housing problem.”

The ordinance has three main sections: rent stabilization, evictions and the Rent Board.

Starting with rent stabilization, this section of the proposed ordinance is not applicable to units in owner occupied buildings of two or three units, those in new developments, or those run by institutions like the government, colleges, hospitals and churches. It could apply to over 40 percent of the 17,000 to 18,000 units in the city.

To stabilize rent, the ordinance establishes a base rent equal to the rent charged as of November 1, 2017. Then, it limits rent increases based on inflation and the City’s mil rate. The Allowable Increase Percentage is determined each year and is equal to the change in the Consumer Price Index for the metro area. Note, exemptions to the rent stabilization section include house shares and small landlords, who own less than five covered units in the city.

In addition, landlords may apply for an additional increase in rent based on capital improvements. But, there is a hard cap of 10 percent in all cases. Landlords who qualify for a higher rent increase can bank what is above 10 percent and use the banked rent toward future increases.

Tom Watson owns about 1,150 rental units in Portland. He talks from experience about upgrading properties like old buildings in need of major improvement and deteriorated, bedbug invested apartments. He argues a landlord could spend upwards of $30 to $50 thousand per unit upgrading such places.

“The notion that going from $800 a month to $880 is going to cover that is absolutely wrong, absurd…” says Watson, “and probably worst of all nobody’s going to lend to you. So, it’s going to be an absolute halt to improvements.”

But Jack O’Brien disagrees, “Why would a landlord do that? They have an incredible amount of money invested in these units, they’re already making a good profit, and they will continue to make that profit.” 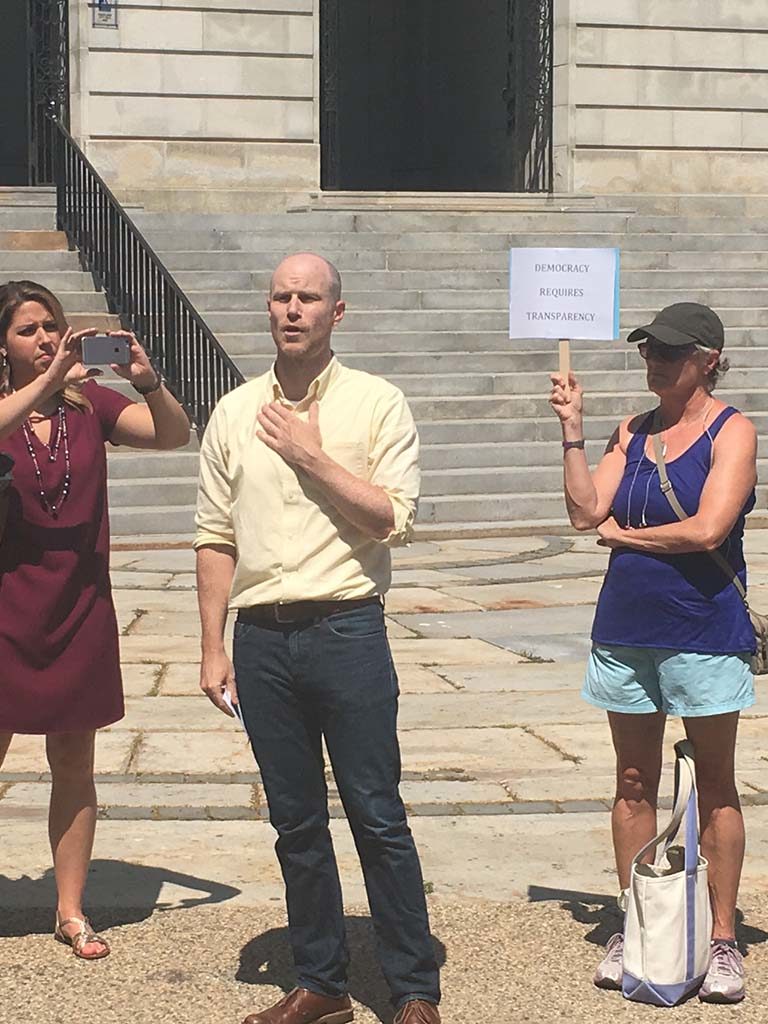 Jack O’Brien speaks at a rally in front of City Hall in August, when the referendum was at risk of not making the ballot due to procedural mistakes.

Next up, are provisions on evictions. Tenants in rent controlled units must in all cases be given a 60-day notice. They can appeal evictions to the Rent Board, except in cases of failure to pay rent, substantial breach of rental agreement, nuisance and illegal conduct, and some other permissible reasons.

“It is not a minor change to evictions,” real estate broker Brit Vitalius told the September WENA meeting. He said the ordinance would create a state of “permanent residency” for problem tenants. He was speaking on behalf of Say No To Rent Control.

Tom Watson also worries about the eviction provisions, “My number one job is to make sure people are safe and have peace. If they don’t, it’s not because of me, but because of a bad actor tenant.”

Finally, the ordinance establishes the Rent Board. It will be all volunteer, like the School Board or City Council. The City Council appoints members, two from at-large and five each from the City Districts. Also, the ordinance suggests, but does not mandate, that at least one member be a landlord and at least four be tenants.

The Rent Board’s powers include rent increases, eviction review, and an annual report on the state of the City’s rental unit availability. And it can impose fines.

The ordinance will cost money to run. So, it includes an increase to landlord registration fees. Every landlord will pay a $65 fee per long-term rental unit.

Finally, there is a sunset provision, and it will expire in seven years unless the City Council renews it. Here, opponents and supporters agree. It is extremely rare that a City gives up rent control.

Tony is publisher and editor of the West End News and resident of Portland, Maine.