It’s been hard to miss. St. Luke’s Cathedral is a well-known State Street landmark and it has been under wraps for some time now.

St. Luke’s is a busy cultural and spiritual center. It regularly hosts music events, AA groups, organizing meetings, and a weekly food pantry. It is both the headquarters of the Episcopal Church in Maine and a community center that is open to all faiths and all people. 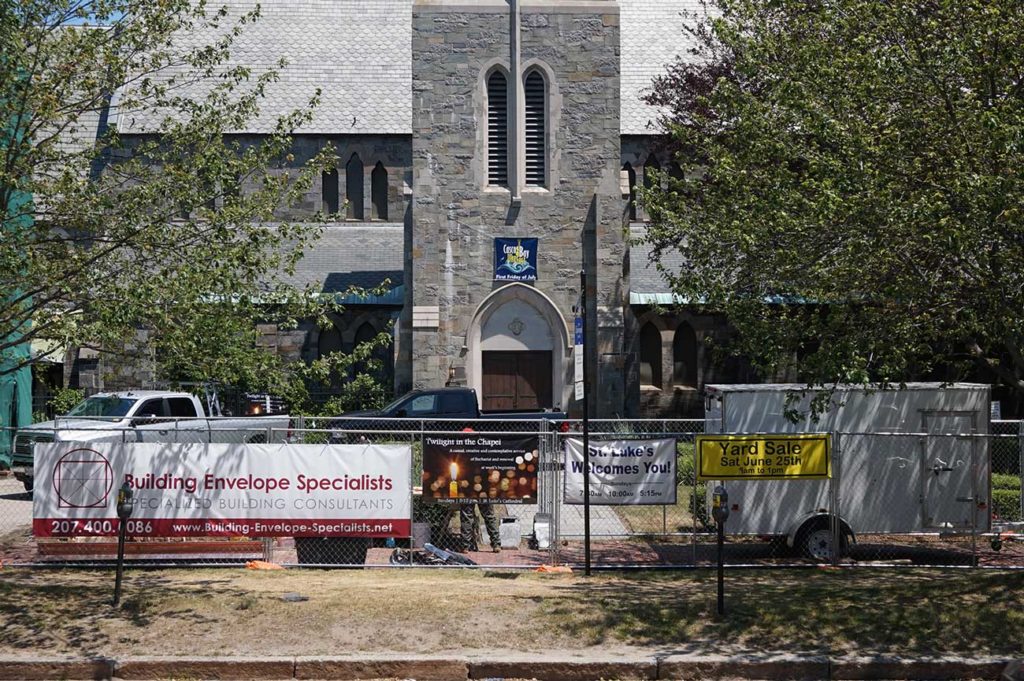 Despite the construction, St. Luke’s is still open to the public for all the usual happenings. The hope is that renovations will not only reinforce the 150 year-old stone church, but also reinforce the programming and events that make it a gathering spot for the greater community.

“There’s a line in Jeremiah that says, ‘Seek the welfare of the city where you’re found, for in its welfare you will find your welfare,’” quotes Dean of St. Luke’s Cathedral Reverend Ben Shambaugh.

“Which is to say, if the city is doing well then you’re doing well. So we’re not just here for the Episcopalians of Portland but for the people of Portland.”

The Neo-gothic cathedral was built in 1867, a year after the entire city burned to the ground. It was an important part of the rebuilding of Portland.

According to Ben, the Gothic revival worship that inspired the cathedral’s architecture was part of a rediscovery of medieval mysticism. This meant lots of chants and robes and all that stuff. But also a strong sense of service, outreach and action. It was a social gospel movement and it was all the rage in 1867.

“It was all tied together with this idea that people live dismal lives—they worked in factories, and coal smoke and everything else. They wanted to show them in the architecture and worship and the music — give them a sense of beauty and god’s presence in their midst.”

But the world has changed around the church, and the facilities are in need of some updating.

“We say we’re welcoming to all people but our entrances… are really hard. They’re old-fashioned…  It looked like a fortress. It was confusing… And our bathrooms–“ Ben finishes before going into detail. 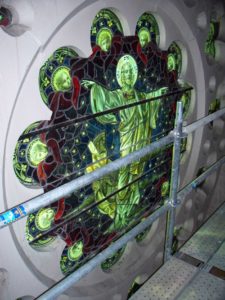 Rose window with Christ ascending into the cosmos. -Courtesy of St. Luke’s

Significant water damage was discovered in the huge stone wall that props up the building. It was the excuse the church needed to put a plan into action.

The problem began with the rose window. A huge piece of stained glass art. It depicts Christ ascending into the cosmos. In itself this depiction is a rarity. Beautifully done in stained glass, it is a phenomenon.

This huge rose window was embedded atop a stone wall that is crucial for the church’s structural integrity. And it was leaking like a sieve.

“They said that we had one hundred percent penetration of water… That’s not good,” says Ben.

The repairs were crucial. The tedious project began. Literally rebuilding the wall stone by stone with a specially mixed mortar – if the patch is too strong it could crack the old rocks.

The rose window has been removed. It is being renovated by Portland’s Phoenix Studios.

St. Luke’s sold their deanery, a beautiful old home next to the church, as a private residence to fund a large portion of the renovations. They are still fundraising. 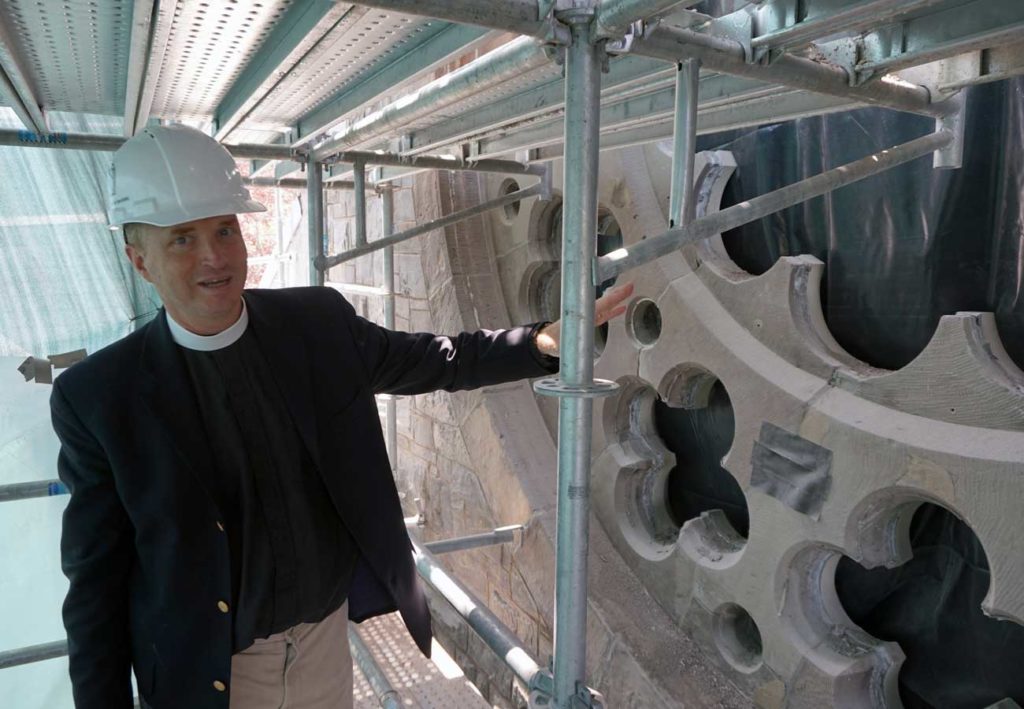 Rev. Ben Shambaugh pointing out where the rose window was removed.

Ben talks of the economic halo of cathedrals. He says a cathedral can generate ten times or more of its budget for the city with value from weddings, funerals concerts and programs.

Every year about 11,ooo people attend St. Luke’s for worship, but three to five times that arrive at the church for other things like arts, service or community. That many visitors could mean a lot of positive economic ripples for the neighborhood.

It will be exciting to see the new St. Luke’s, with rose window back in place and a few new amenities. Ready to serve the people of Portland.