When looking for good news, one needs look no further than the referendums passed this previous year. For example, we now have a minimum wage hooked to inflation after 2020.  Even better, home growing of marijuana is legalized. Still more! We’ve got a big shiny new tax on high income earners. And some of it might actually go to public schools! Yet, the most exciting and groundbreaking initiative approved has to be Question 5. This ballot measure initiated Ranked Choice Voting (RCV).

Question 5 was particularly good news for those in opposition to the corporatist two-party system. Or the aptly-described: “Woke AF.” 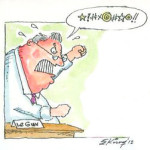 In 2010, Paul Lepage was elected Governor with under 38% of the popular vote. In 2014, the problem was less pronounced, but anyone involved in the campaign can tell you it was still defined by the fear of a split vote. Between the racist comments, the homophobic insults, and denying thousands of people heath care… these elections caused a rift between Maine Democrats and left leaning independents and third parties.

In the entirely predictable aftermath of both elections, Democrats accused outsider candidates of helping Republicans win by being spoilers. Meanwhile, the independent-minded accused Democrats of running terrible candidates who were unable to connect with regular people, to lay out a clear set of policies and principles, or to speak in public.

Thankfully, RCV means this problem is 100% over.

We better learn how to pray – infighting is gone. No Democrat in Maine can accuse leftists of being spoilers. Because under an RCV system spoilers don’t really exist. Ranked Choice Voting means there is nothing standing in the way of meaningful progressive third party success… except for fundraising, name recognition, established power structures, traditional voting patterns, vaccine science and the flame-broiled allure of capitalism.

Today is a happy day. And absolutely, positively nothing will stop the Greens and Socialists from becoming prominent and important. Except of course for the tendency of non-conformists to suck at organizing into big powerful groups.

I don’t want to name names because it’s a small community in Portland. But every once in a while, I see someone in my newsfeed vowing to leave a small, outsider, third party to found or join a smaller, ousidery-er, third party. Even under RCV, for a candidate to win you need a big group of people to like them. And that takes compromises and team players. 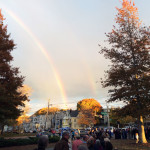 I digress. This piece is about sunshine, rainbows and the unbounded potential for Maine’s democracy to become more open, inclusive, and… democratic. But there is one pesky thing standing in the way of that possibility. Namely, the tendency of leftists to allege that the Democrats and Republicans are an exactly equal amount of terrible. Yet, at the same time third party leftists base their recruiting strategy around frustrated and disaffected Democrats. Obviously, this approach is inherently dishonest.

I’m not saying Democrats are perfect. There are a few drawbacks like the corporate fundraising, the unprincipled horse-trading and the constant exploding of innocent civilians in impoverished countries.

But as my Grammy used to say, “Nobody’s perfect, so acknowledge the nuances of governing in a modern representative democracy.” My family was weird.

Upon further reflection, there are some kinks to work out before we lead our state triumphantly into an egalitarian utopia.

That being said, the spoiler factor was and is a huge obstacle for independents seeking office. It can lead to absolutely nasty reactions from liberals. They are afraid leftists voting independent will inadvertently elect the Tea Party. Worse yet, the spoiler argument coerces (some would even say bullies) people into voting for candidates that they don’t want to vote for and ignoring their actual favorite.

Whether or not the Greens and the Cutlers of the world really hurt Democrats, lack of enthusiasm absolutely hurts Democrats and elects Republicans. If your candidate’s best pitch is, “Well, I’m a helluva lot better than the other guy,” you’re going to have to drag your own voters kicking and screaming to the polls. And even if your GOTV is perfect your turnout will be lackluster. 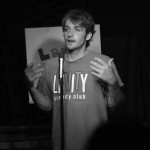 In conclusion, the passage of Question 5 leaves me cautiously, reservedly, somewhat optimistic for the future of independent politics in Maine. Unless it gets repealed for violating the Maine Constitution. Then we’re all screwed, again.

Sam performs comedy throughout New England and can be seen fully clothed at Lincolns in Portland on April 20th and fully naked at Improv Boston on May 4th.