With voters’ attention focused almost exclusively on the congressional and gubernatorial races, many have overlooked the equally important campaigns for the state legislature and Portland’s municipal offices. This is unfortunate because many of these local races offer something the Big Ticket elections do not: An actual progressive choice.

While the Maine Green Independent Party was unable to field a candidate for governor this year, (largely because the rigged two-party duopoly makes it incredibly difficult for third-party candidates to even get their name on the ballot), we nonetheless have a number of candidates running for Portland’s School Board and the Maine Legislature.

But first, just what is this “Green Party,” you ask?

Quite simply, the Maine Green Party is the only political party in the state that does not accept corporate contributions, PAC money, or any donations from Big Oil, Big Pharma or “Too Big To Fail” banks. As a result, Green Party candidates cannot be bought-off by corporate interests.

We are beholden to one group and one group only: Voters.

As a party, Greens stand for feminism, non-violence, environmental sustainability and grassroots democracy. Our candidates support raising the minimum wage, taxing the very wealthy, counteracting the worst effects of global warming, unionized jobs, and single-payer health care (which, contrary to popular misconception, is nothing like Obamacare).

(In the interest of full-disclosure, I am the secretary for the Portland Green Independent Committee, the local branch of the Maine Green Party.)

Asher Platts, chairman of the Maine Green Party, is one of our 2014 candidates.

Platts, 31, a resident of Portland is running for State Senate District 27. He sought the same seat two years ago when he earned about 30 percent of the vote in a two-way race. It was a formidable finish considering his opponent was none other than Democrat Justin Alfond–the State Senate president.

Platts explained his motivation to mount a second challenge against a wealthy, highly popular Establishment Democrat to WMPG radio-host, Eric Poulin on his show, The Soapbox, earlier this year.

“Across the board we’ve seen a lack of momentum in the Democratic Party toward progressive change both statewide and [at the federal level],” said Platts. “And I think that largely is because the Democratic Party is a party that takes corporate money. So they do not want to rock the boat too much. They want to do just enough to appear progressive, while at the same time not [angering] their corporate donors.”

Becky Wartell, meanwhile, is running for the Portland School Board in District 4, which consists of the Back Cove area.

“I was drawn to the Greens because I view them as the ‘non-party’ party,” said Wartell, 27. “The bipartisan system is really broken–even at the local level. Two options are just not enough.”

Wartell, a graduate of the Portland school system, has spent time as an educator in New York, as well as an activist in Occupy Wall Street. As a member of the school board, she hopes to make nutrition and food sovereignty her top issues. Additionally, she hopes to improve the overall communication between the city’s schools, the school board, teachers, and the community.

Next up is Lauren Besanko, candidate for the State House in Portland’s District 39. 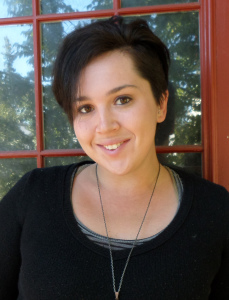 “Voters are disillusioned with this corrupt two-party system,” said Besanko. “This system makes it nearly impossible for politicians–no matter how well-intentioned–to represent their constituents when corporate and PAC money promise to enrich them in return for even more handouts to them and their special interests.”

Rounding out the Portland candidates are Sam Chandler (State House District 36), Owen Hill (State Senate District 28), and former state rep. John Eder who is seeking an at-large seat on the school board.

All the Greens are running as Clean Elections candidates.

And before some readers start screaming about “spoilers!”, it is worth noting many of these candidates are running in two-way races devoid of a Republican. In other words, voters will not find themselves in the untenable position of choosing between the supposed “lesser of two evils.” Rather, they can feel free to vote for the candidate whose platform actually aligns with their own. Imagine that!

All of the major democratic reforms throughout history–from the right of women to vote, the civil rights movement, regulatory and environmental protections–have come from outside the two-party system. It was only through the hard-won struggles of socialists, anarchists, feminists, labor leaders and third-parties that we gained Social Security, Medicare/Medicaid, child labor laws, workers’ protections, the five-day, 40-hour work week, and weekends off. Few of the activists behind these struggles ever achieved formal positions of power.

Put more simply, in the words of the late Howard Zinn, “Democracy is not what governments do, it’s what people do.”

“Cast your whole vote,” Henry David Thoreau wrote in Civil Disobedience, “not a strip of paper merely, but your whole influence. A minority is powerless when it conforms to the majority… but it is irresistible when it clogs by its whole weight.”

Adam Marletta is a writer, activist, and educator. He blogs regularly at guerrillapress.blogspot.com. He can be contacted at adamd.marletta@gmail.com or via carrier pigeon.

Correction: The original version of this editorial incorrectly stated Lauren Besanko has “never been registered as anything other than a Green.” The statement has been altered for accuracy. The author regrets the error.