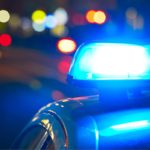 Portland’s first homicide of the year

Police are investigating the homicide of a man found deceased in a car on Chadwick Street in the city’s West End. The man was discovered on February 27th, around 2:15 pm.

Bryan Garcia, 35 years old of Scarborough was found in a 2003 silver Infiniti G35 sedan with Maine plates 38UQ. The Office of the Chief Medical Examiner has determined that the manner of death is homicide. The cause of death was not released at time of print because of the ongoing nature of the investigation.

The Portland Press Herald reported on March 2nd that Garcia was involved with selling marijuana. Police have not commented on the specifics of the case.

While no arrests have been made, police indicated that there is no threat to the community. This is Portland’s first homicide of the year.