The victim of the armed robbery on June 5th in the lot of 106 Gilman Street has worked with a police sketch artist to provide a sketch of the suspect. 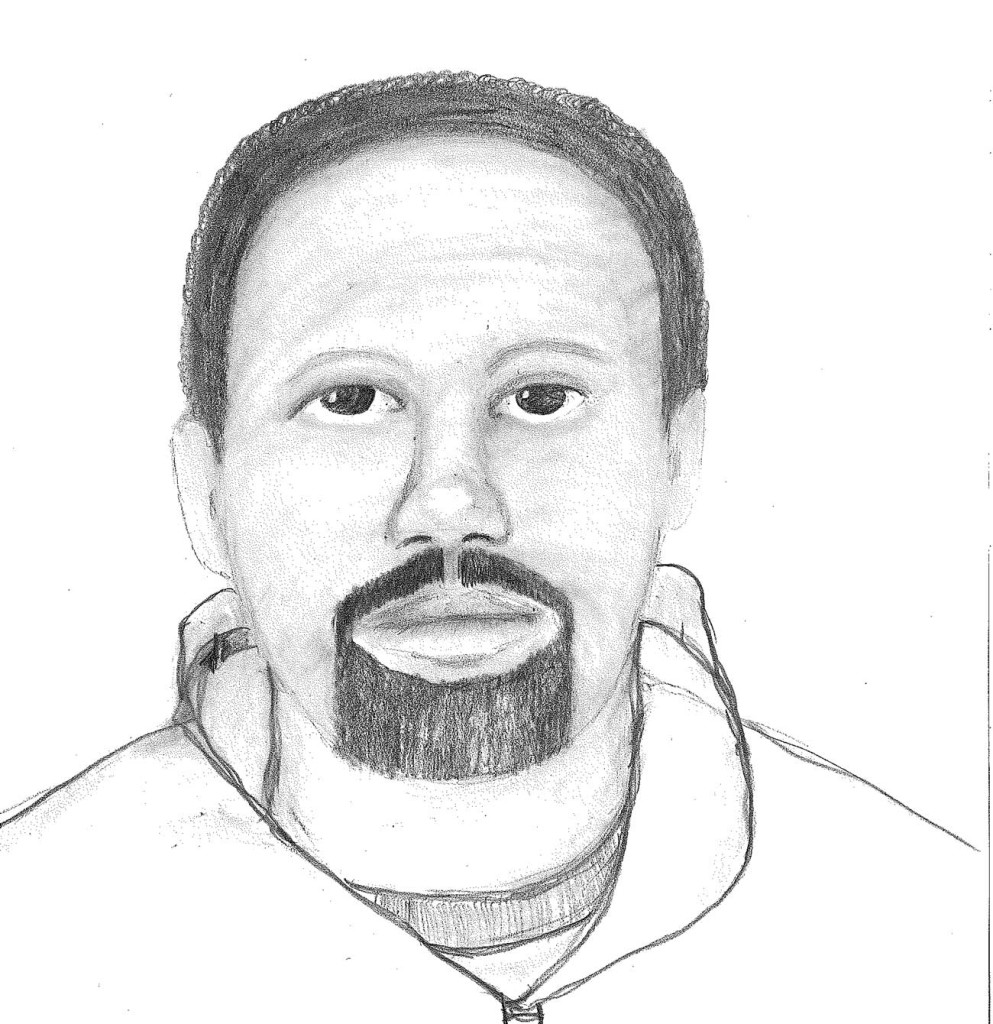 In the mid-afternoon on June 5th, a 35 year old Cumberland woman was threatened by a man with a knife on Gilman Street in Parkside.

The victim was walking to her car that was parked in the lot at 106 Gilman Street. She was approached by a twenty-something black male wearing black baggy jeans, a blue t-shirt and black hooded sweatshirt.

The man asked for money, but she said she had nothing to give him. He then threatened her with a knife, but the woman continued to tell him that she did not have any money.

Eventually she entered her car, where she had a handgun. She pointed the gun at the suspect and told him to leave her alone. He fled in an unknown direction.

The victim was able to flee in her car and later reported the incident to the police. No one was hurt in the incident.

The suspect is described as a black male, between 20-30 years old, about 5’09” with a goatee and short buzz style haircut.

Anyone with information may contact the detective division at 874-8533 or emergency communications at 874-8575.