Posts
Home Featured Commentary Pesticide Ordinance is a Must!

Pesticide Ordinance is a Must!

Eager for Action on Pesticide Ordinance

Councilor Spencer Thibodeau is a real estate attorney, however, Councilor Thibodeau did not represent any clients who would have been affected by an ordinance that managed pesticide use on private land.  Editor was wrong that the Councilor’s conflict was related to a client. The previous conflict was based solely on another attorney at the Councilor’s firm who represented applicators before the Sustainability and Transportation Committee last year. That conflict has ended, and Corporation Counsel believes that no conflict exists any more.

Also, the Sustainability and Transportation Committee has not yet received the draft ordinance.

The Sustainability and Transportation committee has not let the delay in receiving the Pesticide and Fertilizer task force draft ordinance hinder its preparation for the review process.  Councilor Spencer Thibodeau, chair of the committee, wants an open and inclusive review that gathers public comments and information from everyone with an idea or position on pesticide use.

In addition, the members of the Sustainability Committee have agreed to add an extra monthly meeting devoted exclusively to this issue until the pesticide ordinance is ready to go before the City Council for approval. 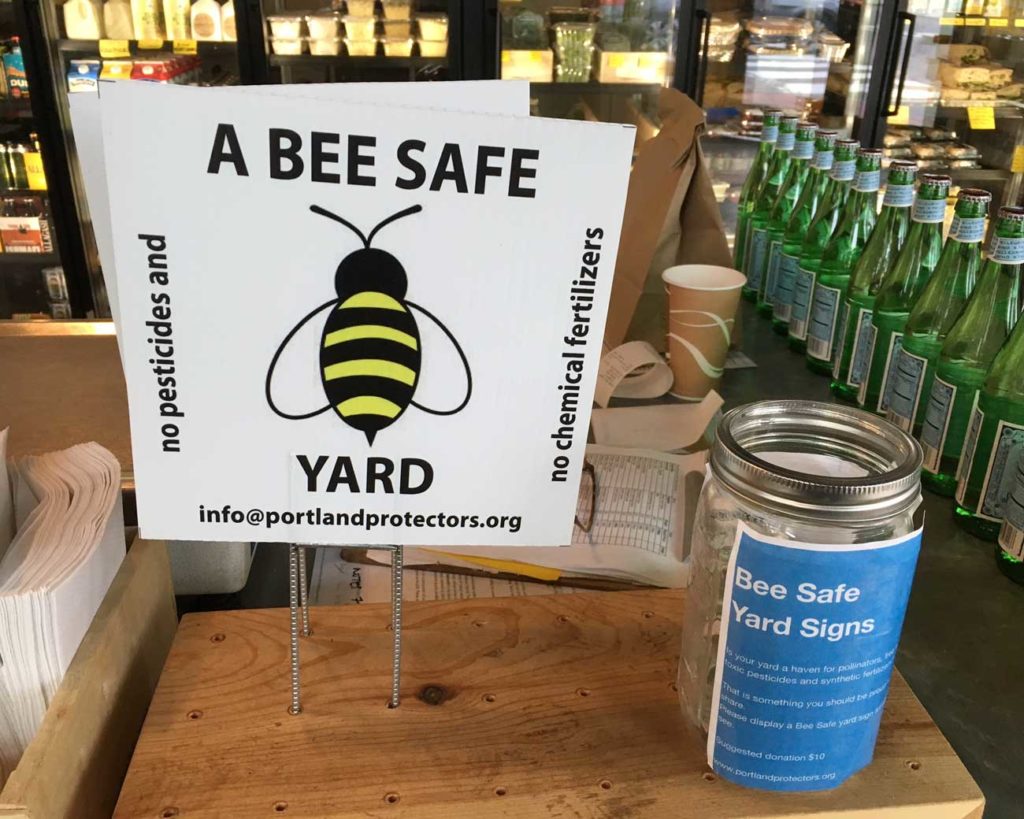 The Portland Protectors’ bee signs are back! Show your support for the environment and a healthier safer Portland. There is a suggested donation of $10 for the signs. Rosemont Market on Bracket Street is carrying the signs. Go to the Portland Protectors Facebook page for more information on purchasing signs and their efforts in support of an organic pesticide ordinance. -Photo by Tony Zeli

Most importantly, the work conflict limiting Thibodeau’s participation in the pesticide issue last year has been resolved.  The City’s corporate council is no longer requiring Thibodeau to recuse himself from discussions about pesticide use on private land.

Thibodeau feels his position when it comes to pesticides is quite obvious. He first recognized the importance of minimal pesticide use as a teen working a summer landscaping job.  He remembers his boss not allowing him to work on lawns that had the little pesticide signs posted. 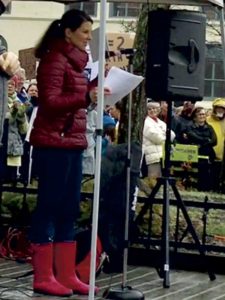 Avery Yale Kamila, co-founder of Portland Protectors and member of the City’s recent Pesticide and Fertilizer Task Force was a speaker at Portland’s Earth Day March for Science held on Sunday, April 22nd.
Avery’s message was a call to action. Portland’s City Councilors need to hear from residents that an organic land care ordinance based on facts and science is in the best interest of protecting everything that makes Portland the great place it is now and into the future. -Photo by Terry Yale

The Pesticide and Fertilizer Task Force disbanded in February selecting the compromise version of the many drafts of pesticide ordinance debated to be submitted to the Sustainability Committee once the edits from the last meeting were incorporated into document by the City’s corporate council. Members of the task force left the meeting thinking the final draft of the ordinance would be posted on the City’s website in a week or so. Two months later, the draft document is still not on the website.

In the spirit of a true compromise, this draft was not seen as a victory by the two competing approaches. The South Portland-type of ordinance is based on organic pest management. The other approach represents the continuation of the status quo, known as integrated pest management, which has not curbed the unhealthy impact of the ever growing use of toxic chemicals to Portland’s residents, pets, plant life and water ways.

The task force decided early on to limit its scope to just a pesticides ordinance with another task force drafting the fertilizer document later.

WEN is cautiously encouraged by Councilor Thibodeau’s commitment to produce a document that embodies the vision expressed by the City Council to the Pesticide and Fertilizer task force and articulated in Mayor Ethan Strimling’s 2017 State of the City.  In our commitment to full coverage of the pesticide and fertilizer ordinance, thewestendnews.com will post the task force’s draft ordinance (when available) and upcoming public meetings.

The Sustainability and Transportation Committee members are: 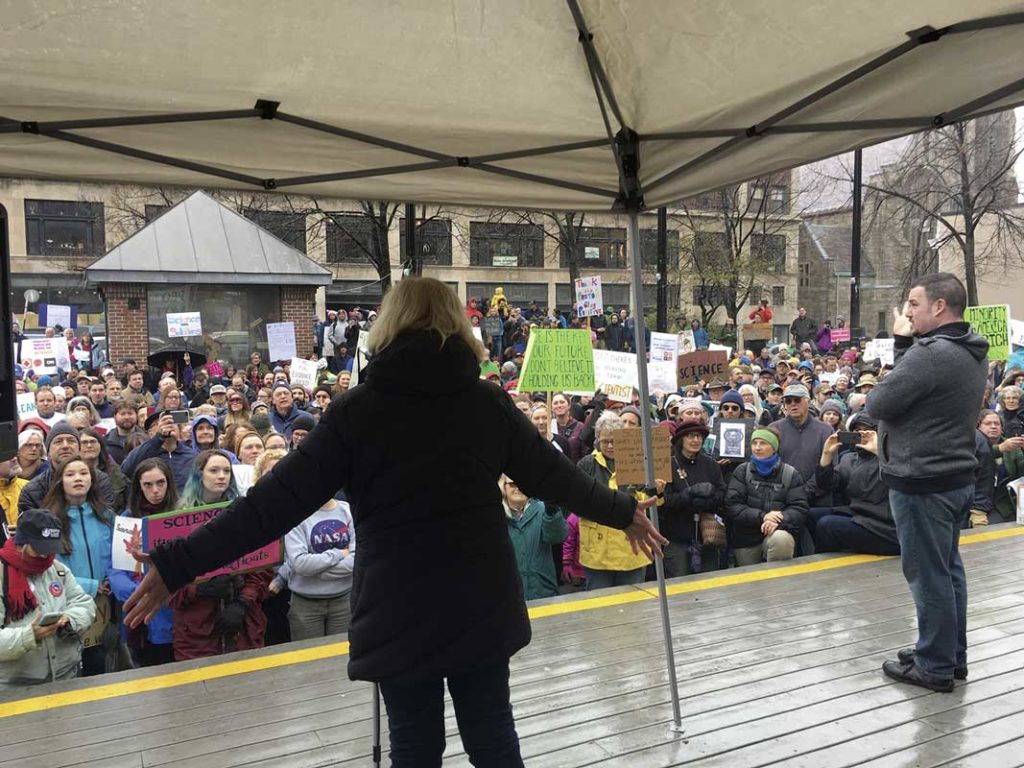 US Representative Chellie Pingree shared with the crowd at the March for Science, “The reason I’m an organic farmer is because of science.” Her comments are timely.  -Photo by Avery Yale Kamilla