Portland’s Fertilizer and Pesticide Task Force met once during the month of October. The meeting had a promising start because the Task Force at long last had a draft ordinance to review. The first pesticide ordinance draft was a disappointment for those hoping it would take a strong position to reduce pesticide use, like done recently in South Portland and Ogunquit. 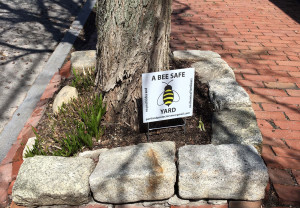 The day after the October 11th meeting, the group posted that the draft “ignores the South Portland ordinance, straw polls taken by the task force and citizen requests for specific property rights protections, while borrowing language from a sample ordinance written by the pesticide industry lobby group Mainers for Greener Communities.”

The group is also frustrated by the efforts of Task Force members that work in the pesticide industry to minimize the need of adding OPM (organic pest management) to the City’s proposed ordinance.

The Task Force’s second October meeting was cancelled to give City staff more time to revise the ordinance. This is not surprising given the numerous comments and edits offered at the first review. The Task Force will review the next draft of the Portland pesticide ordinance on Tuesday, November 1st at 6:15 p.m. in Room 24 at City Hall.