Perspectives from the Sky – October 2014 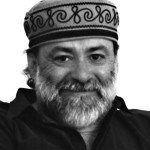 As we wrote about last issue, our human family is at a major crossroads on the way to an Age of Aquarius.

Uranus, Neptune, and Pluto are the transformational planets, helping to bring us out of the old paradigm that fosters inequality, dog-eat-dog competition; power abuse; greed; and meaninglessness.

These planets, discovered relatively recently in 1781, 1846, and 1930 respectively, represent the ability of our human species to evolve enough to be able to not allow history to keep repeating itself.

Our past belief systems and collective consciousness has brought us a world where lack of trust and feelings of separation from all who are not considered “our family” has been the rule.

An economic system based on greed and privilege; and weapons of mass destruction that threaten us all are the result of that consciousness. The abuse of our Earth, of the animal creatures and of each other also result from those belief systems.

This “wired” world, mass transportation, global communication, and world wide commerce have brought us all close together in every way but in our hearts and souls.

As we look at the Middle East, where quite arguably our first major civilizations were built in Mesopotamia/Sumeria/Babylonia and Egypt, and where our major religions were birthed; we can see that area of the Earth as the place where much of the power of the transition between ages is playing out.

Islamic State, Hamas/Israel, Syria, and Iraq are issues that have been importantly broken open this year. 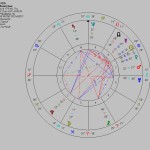 There was a most important Cardinal Grand Cross of planets that formed earlier this year right in the cross-hairs of the USA natal chart from July 4 1776. That formation promises much change in the USA over the next few years, change that will bring the USA out of Superpower Empire status and into a more equal position in the world.

That humbling is aligned with the New World we are moving into: one of Equality and Diversity in Unity.

Autumn 2014 brings us another round of strong and important planetary alignments, alignments that again impact the USA natal chart, the greater world, and our personal lives as well.

More important world events will erupt in our world this autumn. Many personal lives will be shaken up as well.

There are two eclipses and another exact Uranus square Pluto aspect that will form a Cardinal T-Square this autumn.

These aspects tend to bring breakdowns of that which is not longer viable, and breakthroughs into new ways of thinking and being. Old beliefs and patterns of behavior that are suffering from “Groundhog Day” syndrome are most susceptible to change.

Autumn 2014 starts with the Autumn Equinox on Monday September 22. The Autumn Equinox is a time when light and dark minutes of the day are equal. It is the beginning of Sun in Libra time of year, when the scales are balanced between yin and yang.

This year, however, is not meant to be as peaceful as the usual Autumn Equinox or Autumn season, as Pluto the planet mythologically known as the Guardian of the Underworld is going from Retrograde to Direct motion.

That means that what it represents is in the spotlight. Pluto as the Guardian of the Underworld rules power at the core of things. The atom bomb interestingly has Plutonium as an ingredient as well as Uranium, a derivative of another powerful transformational planet Uranus.

Pluto is explosive power, primal force and the deep power of transformation.

Its focal presence at the Equinox suggests a most powerful Autumn season.

On October 8 there will be a Full Moon Total Lunar Eclipse in Aries.

This Lunar Eclipse will form with Uranus and Pluto to make a Cardinal T-Square, a very strong combination for shaking things up and creating change.

That eclipse will be at 6:51 AM EDT. People who have their Suns or other planets in cardinal s Aries, Cancer, Libra, and Capricorn will be the most affected.

The last eclipse this autumn will be on October 23 at 5:57 PM EDT. It is a New Moon Solar Eclipse in Scorpio.

Scorpio is a deep, intense, passionate sign. Pluto is its ruling planet.

A New Moon means new beginnings and as this New Moon is also a Solar Eclipse and in Scorpio it will be very intense, and emotionally passionate. Be careful not to have your buttons pushed too much for anger, jealousy and the like. People who are Taurus, Leo, Scorpio, or Aquarius are the most affected byy this eclipse.

This New Moon Solar Eclipse in Scorpio leads us into the Elections, and will be a turning point for the voters. Events at this time could significantly sway opinions.

One more curve ball sent by the Universe this Autumn: Mercury goes Retrograde on October 4.

Mercury governs mind and communication. When it is retrograde there is shift in mental perceptions. We start to perceive things differently. Left brain logic and analysis often do not work as usual. Intuitive function and imagination work better. Sometimes electronic communication has breakdowns. Often people from the past come back into our lives as do old memories. It is generally not a good time to make important decisions or sign important contracts, as our thinking may be off even if we do not recognize it.

Mercury stays retrograde until October 25, so added to the Eclipses there could be some confusion and chaos to contend with in October.

The first winds of this “Eclipse Season” with Mercury Retrograde could blow in the week of September 22- at or just after the Autumn Equinox.

That means that important world events or personal life shifts could possibly begin then.

All in all October will be an important month in an Autumn that promises shifting tides of change and much intensity.

From now until next Autumn 2015 there could be much shifting of what we now consider “normal reality”.

Leo Knighton Tallarico is an astrological and spiritual guide and counselor. His specialty is counseling for those in the process of change, transformation, transition, and crisis. He also specializes in couples’ counseling for any and all kinds of relationship. He has been a Full Time professional at this work for 30 years. He also co-directs the Spiritual Renaissance Center (www.spiritualrenaissance.com) in South Portland with his life mate Deborah Knighton Tallarico.

You can contact him to make comments or to set up a consultation at soulus@aol.com.