Perspectives from the Sky – January 2015

Metaphorically speaking, sometimes it seems as if there is a thumb in the dike of our current world order, holding back a huge burst of world change.

In just one example, the Federal Reserve of the USA banking system has put in for the last several years now a program of “quantitative easing” that artificially keeps interest rates low.

This policy has been greatly instrumental in bringing the economy back from a very serious recession/depression of 2007-2011.

But the underlying economic problems were arguably not truly addressed, and the quantitative easing has merely put thumbs in the dyke.

Much else has been wrong in our world for a long time, but we send out police or military or quick economic fixes to try to dominate and control instead of dealing with the underlying issues.

If there are problems in poor, minority neighborhoods, dominate and even kill people as if they are pests to be eradicated.

If there are world problems, like North Korea or Iraq or Iran, instead of addressing why there such problems historically, economically, etc., instead just attempt to control and dominate and hope the problem is thus exterminated.

An old world and paradigm is now governed largely by corrupt, dysfunctional systems and people who are cynical and mostly concerned with self interest.

Any system that is not of the “of the people, by the people and for the people” will eventually crumble and break.

And now as we transition from a Pisces to an Aquarius Age, we will more and more see the old world crumble.

But by contrast we will increasingly see new people and ideas that provide hope for a better future, even as Rome dies.

If you look up at the Sky you see the symbols that show us the way.

There are not final biblical type endings, but instead circles and cycles that run our Universe.

Once we thought the world was flat, and believed that if you go to the end of the world you would fall off.

We discovered that the world was round and so is the appearance of the Moon and Sun.

And of course cycles run our world through the seasons and phases of the Moon.

And so as one age and paradigm ends so does another one begin. The changing of Ages is like the changing of seasons, and we are now at the cusp of a new Age.

You can expect old systems to die as a result. Our old economic system, run largely by greed and self interest, is on the verge of huge transformation.

It is likely that the stock market will severely move downward this year. And our world as we know it will change rapidly this year also.

Late winter and early spring 2015 will bring drastic change to our world as there is a Solar Eclipse in Pisces on the Spring Equinox March 20th. That will be followed by another eclipse two weeks later.

And close to the ides of March, on March 16, there will be the last of 7 exact squares of Uranus and Pluto, the two planets that signified the revolution of the ‘60s when they were conjunct.

So the next couple of months will show us some clues of what is coming our way soon. Pay close attention to the themes and patterns showing in our world this winter to be able to intuit what may be coming our way.

Until January 20th, which will bring us a New Moon in Aquarius, the energetic level will be mainly going downward inward and yin-ward.

So make sure between now and then that you do not allow the waning half of the lunar cycle combined with winter’s cold and dark to bring you to inner darkness or depression.

On January 20th there will be that New Moon in Aquarius, and of course New Moons are symbolically new beginnings and as such bring an energy that motivates us to move forward.

Usually after the Moon’s sliver shows in the sky, which happens a night or two after the actual New Moon, is when the new energy can be felt.

Aquarius New Moons often bring us to thinking more about social issues, accepting our distinct individuality, and desires to join political or other group efforts.

Too many people who have some knowledge of astrology tend to be rather superstitious about Mercury Retrograde, which is the apparent backwards movement of Mercury in the Sky.

There truly is a shift during Mercury Retrograde, which happens every 4 months or so. And it lasts for about 3 weeks every time, give or take a couple of days.

This time Mercury Retrograde will last until February 11th.

Track it your self. It can be a very subtle shift or sometimes more obvious. The purpose of Mercury Retrograde is to shift perception, to help people to think differently, so one does not stay too much in the box with one’s thinking.

On November 7th, 2000, there was an election for President. Bush and Gore were running against one another. Mercury was changing that night from Retrograde to Direct. Television announcers went back and forth all night from announcing Gore, then Bush, then Gore, etc. as the winner.

An actual winner was not declared till several weeks later.

So Mercury Retrograde can bring confusion, can bring more difficulty figuring things out from a left brain standpoint. One can really stress one’s mind for a solution.

Mercury Retrograde can often be best navigated from a reflective, creative, inventive process.

Often during Mercury Retrograde people come back from one’s past, either in reality, or strongly in dreams of memories.

Full Moons can give us a feeling of a kind of glow, and often bring some climax or resolution to issues. This Full Moon in Leo seeks to motivate one to be more in one’s heart and creative instinct instead of totally in one’s head. 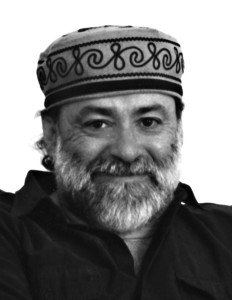 Leo Knighton Tallarico is an astrological and spiritual guide and counselor. His specialty is counseling for those in the process of change, transformation, transition, and crisis. He also specializes in couples’ counseling for any and all kinds of relationship. He has been a Full Time professional at this work for 30 years. He also co-directs the Spiritual Renaissance Center (www.spiritualrenaissance.com.) in South Portland with his life mate Deborah Knighton Tallarico.

You can contact him to make comments or to set up a consultation at soulus@aol.com.