Posts
Home Featured Perspectives From the Sky – Astrological Forecast May 2015

Perspectives From the Sky – Astrological Forecast May 2015 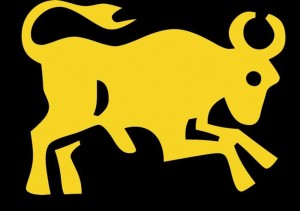 The first half of Spring 2015 has set the stage for continuing important changes for the human family on Planet Earth.

Then there were two powerful eclipses that were meant to shake up the status quo and open the gates for more transformational change, in both personal and global affairs.

May begins with May Day celebrations all over the world.

May 1 was celebrated as Beltane by our ancestors, and still celebrated by those who see nature as part of the god(dess) force.

Beltane is approximately the mid-point between Spring Equinox and Summer Solstice. It is a time to celebrate the integration of male and female energies, a fertile time period. People traditionally dance around a maypole to honor the day.

May 1 is also International Workers Day, when the rights of workers is honored, when economic fairness and equality is proclaimed as a basic human right.

It is also Sun in Taurus time of year from April 20 – May 21. Taurus is a fixed Earth sign and as such gives those who are born of this sign solidity, strong desires for security, and an often unmovable stubbornness.

For all of us it is a time to appreciate the Earth, to spend time in nature, to be aware of the pleasures of the body, to be more practical, and to concentrate more on resources, finances, and home.
Much that has been initiated during Aries time of year (March 20 – April 20) is ready to be made more solid, to be made more manifest. That which was brought forward now needs a more grounded and practical integration.

On May 3 there is a Full Moon in Scorpio. That means the Sun in Taurus is opposed by the Moon in Scorpio. Solid, calm stability is being threatened by more intense emotional expressions and needs. This can also be a time of tug-of-war between opposing forces, ideas, and stances. The Full Moon is at 11:42 p.m.

In the greater world, issues that stormed intensely into our consciousness and world are being seen from a more grounded and real standpoint now.

The Middle East, Russia/Ukraine, China/Korea, ISIS/Al Queda are still brewing issues. People associated with these issues are getting more down to Earth in their thinking and posturing. They are also digging in to their opposing viewpoints, with less room for compromise.

Israel by now has its new government under Netanyahu, and they are likely getting ready for big conflict in the near future- before the summer is over… Late July/Early August will bring a turning point for military action with Israel and the Middle East.

Serious problems with the world economy will likely show by mid Autumn of this year. Our world is on the verge of big change, change that will appreciably alter how we live our lives in the human community on Planet Earth.

As the brick walls of the old world crumble, more creative, fair minded, caring solutions will be possible.

We are all one human family, whether we recognize it or not. And our Mother home is the Earth, though we do treat her as such.
Moving into the Age of Aquarius will require us to be more connected as one family on a healthy Earth home.

We are all so close to one another through world commerce, mass transportation, and global communication systems.

Now we need to learn how to connect with each other in humanly caring ways, transcending less evolved needs to dominate, control, and compete for the world’s resources and geopolitical advantage.

And we also need to learn to have more healthy personal relationships too. Our romantic relationships are all too often carried out with lack of trust, with aims to best our opponent instead of work together.

Our government operates the same way, not for the common good but for each party to win at the expense of our American family.

The unhealthy marriage of Big Government and Big Corporate is holding back the tide of positive change. It will break down so we humans can claim our stewardship of the world.

The Full Moon on May 3 is followed by the Sun touching off the Uranus/Pluto square the first full week of May. This will keep issues brought up during the eclipse time of early spring alive.

Sometimes Taurus time of year can be rather devoid of intensity, but the triggering of the Uranus/Pluto square, along with the Scorpio Full Moon should be enough to keep the fire lit.

The next energy shift will be the week of May 18-25. Mercury goes Retrograde on May 18 along with a new Moon in Taurus. Then the Sun goes into Gemini on May 21, as Jupiter makes aspect to Pluto, re-triggering the Uranus/Pluto square.

The New Moon in Taurus on May 18 is at 12:13 a.m. It signifies a time to get started and moving forward, as with all New Moons. But this one being in Taurus lets us know there is a focus on moving forward on issues of home and finances, body health and image, outings in nature, and sensuous endeavors.

During that time period the mind is motivated to rethink, remember, rewind, and reflect.

It is common during a Mercury Retrograde time period to readjust one’s thinking on important matters, and often even change one’s mind. It is advised, however, if possible to wait until after Mercury goes back Direct on June 11 before making any big decisions or signing any important contracts.

Memories of times gone by, of people from our past come back to us in our thoughts, dreams or in the flesh. It is time to reintegrate what those times or people meant to us.

The Sun moves into Gemini on May 21, so our focus also moves from more bodily, material concerns to more mental and social concerns.

Gemini time of year is a good time to come up with new ideas, to hone up on communication skills, to take classes, and to get involved in light social events.

You will likely be more motivated to use words more expertly, either in writing or speaking. You will also catch yourself being more up in your mind, getting fed much information.

Best not to let your self get overwhelmed with mental processing, especially so as Mercury has just gone Retrograde. Your mind may not be functioning as adroitly as it usually does.