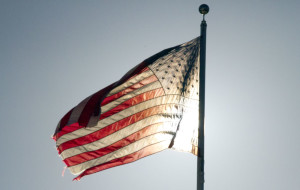 I must admit it takes a fair amount of chutzpah to want to debate as august a figure as yourself, Mr. George Mitchell. The fact that I am unsure which distinguished salutation to use – Honorable? Senator? – should in itself be a warning.

Feeling emboldened after reading the late Christopher Hitchens’ “Letters to a Young Contrarian” – highly recommended by the way – I must take issue with the remarks you delivered at this year’s University of Southern Maine graduation ceremony.

I sat in the audience, grateful to hear from a statesman of your caliber and eager to internalize the lessons you sought to impart. After a brief story about being confused for Henry Kissinger, and the admonition to not take oneself too seriously, you began your remarks in earnest.

You stated, “We’re fortunate to be Americans, to live in a society which, despite its serious imperfections, is the most free, the most just, the most open in all of human history.”

I didn’t know what to make of this pronouncement. I guess I expected more intellectual honesty from someone I so deeply respect. There’s an ocean of difference between the pride one takes in our country when hearing the national anthem at Fenway, and the argument that we are legitimately the greatest society ever to exist in all of human history.

Anyone who subscribes to this type of “We’re Number 1!” thinking I suspect ought to travel abroad a little more. (Which is hard to say to someone who is perhaps best known for successfully negotiating peace treaties abroad.)

By this metric, one might consider the U.S. somewhat less free than say, Japan, which has less than one-tenth the incarceration endured by United States residents.

Senator, what makes a country the most just? Is it how a people treat the most despised among them? Our most loathed members of society face our barbaric attachment to the death penalty, which most nations have outlawed.

Or is a society’s justness best recognized by how it treats the weakest members, its children? By that measure, we should be ashamed. Whether measured by public spending on early education or access to paid leave for new parents, America stands apart from our post-industrial peers in our neglect of children.

Denmark, Iceland, Sweden, France, Norway – all of Western Europe – when measured by how they treat their most vulnerable, they are far more just.

Senator, what makes a country the most open? Is it the number of refugees they take in from war torn lands? With the civil war in Syria entering its sixth year, America is in the shameful position of having admitted a mere 4,000 refugees from that country.

When you spoke of your pride in presiding over naturalization ceremonies for new American Citizens, I knew a bit of what you felt. I have been to those ceremonies myself, and continue to help asylum seekers find refuge in our country. But how can we brag about our openness when our allies are shouldering one hundred times the humanitarian burden we elect to endure? 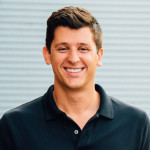 Patriotism is love of one’s country, and there are indeed many things to love about America. But nationalism is something much darker – it is a form of collective narcissism. It is exclusive, it speaks of greatness as a birthright, not a title to be earned.

Rather than believe that we are already the most free, the most just, the most open society, we should be facing our shortcomings, and redoubling our efforts to address them. There is much work to be done.