Site of Noyes Fire an Eyesore

Approaching the intersection of Freeman and Noyes Street, you’ll notice the charred foundation of the building that burned down on November 1st, 2014. The Noyes fire that claimed six lives is still a very clear memory to many and particularly those who live in the neighborhood.

The property, however, seems to have been forgotten. It is falling into disrepair and is being overtaken by shrubs, sapling trees and grass. 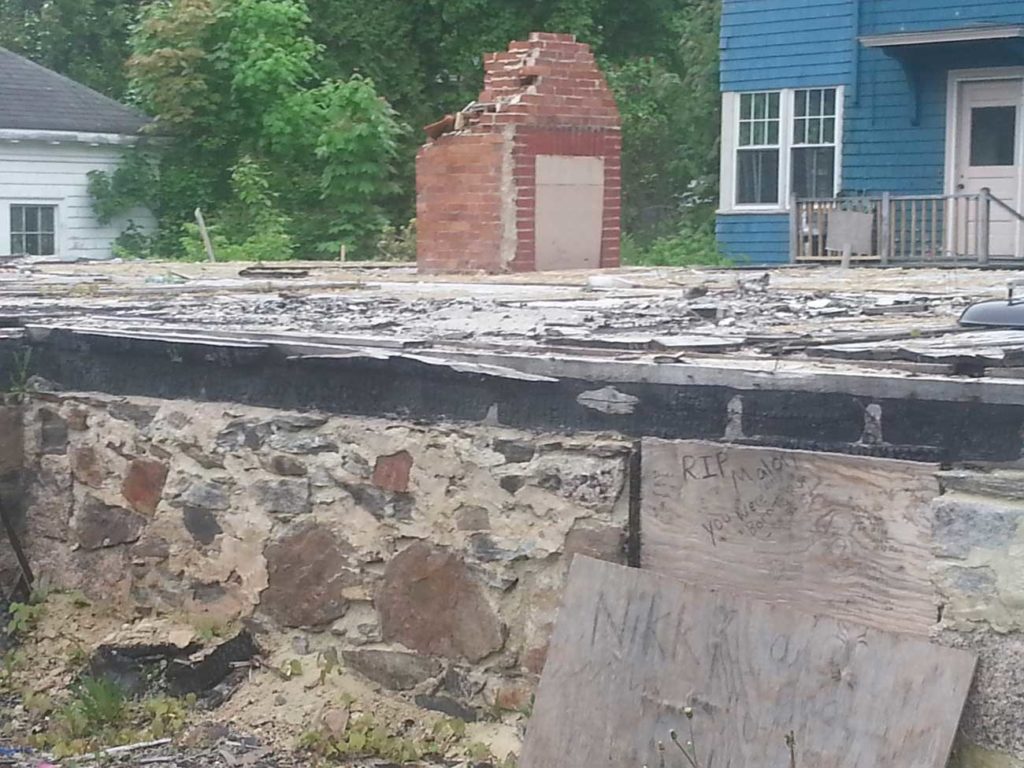 Names of victims along the foundation. -Photo by Luke deNatle

Detritus of other kinds can be found around the property. A charcoal grill cover sits on the top of the foundation.  A small bouquet of withering flowers is neatly piled near a boarded-up cellar window. The boarded cellar window has graffiti of the victim’s names on it, serving as homage to the people who died in the fire.

A source in the neighborhood, who wished to remain anonymous due to people being “targeted” over the Noyes fire, explained that the general status of the property is disconcerting to many in the area. 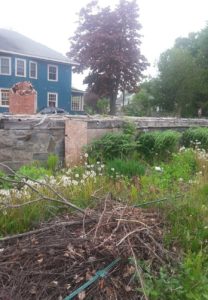 “Greg Nisbet, the owner, did hire someone last summer to clean up the place, the guy must have walked off the job. He never carried away all the landscaping brush that he was removing.”

Jessica Grondin, Director of Communications for the City verified that the owner of the property is still Mr. Nisbet.

“We have had some past issues of debris and the site not being secure, but the owner took corrective action. As of right now there are no open violations [code violations] that we are aware of,” she said.

“Supposedly an inspector was sent out and said that there was no trash issue, which would indicate that some cleaning was done… It’s really a hardship for people to look at the property, it’s a hardship to deal with it sometimes,” said a source in the area.

It seems with the property unkempt and the weeds and shrubs slowly reclaiming the property, many find the lot becoming an eyesore as well as a tragic reminder of the events that unfolded years ago.