In early 2012, the West End Neighborhood Association’s then vice-president, Jodie Lapchick, established our neighborhood on Nextdoor, a private social network founded in 2010 and based in San Francisco. When WENA joined, Nextdoor was active in 3,500 neighborhoods across the U.S. Since then, it’s grown to over 100,000 neighborhoods. Nextdoor West End encompasses the area bounded by Congress, High, Commercial and the Western Prom, a neighborhood of 4465 households. Currently, 15% of those households are on the network for a total of 818 members (some households have multiple members).

Lapchick has remained the lead. I joined her as co-lead about a year ago. Recently, we got together at Ruski’s to talk about the network, its benefits, drawbacks and how members can enjoy the most beneficial experience from the network. 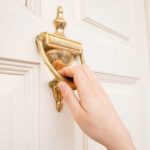 Jodie: WENA had a web site, e-mail list and was using Facebook, but these weren’t really working all that well for us in community-building right in the neighborhood. With Nextdoor, the audience is local, vetted, and the connection is more immediate and intimate. People actually meet new people that they later see on the street or at the store. They’re sharing the same concerns. They’re looking for recommendations, asking questions about where to get something repaired, reporting a car break-in, finding a lost pet, speaking out about trash, noise or other problems that need to be addressed. Nextdoor offers a level of community involvement that WENA alone could never offer, just based on the numbers.

What are the drawbacks?

Jodie: Some people find they’re receiving too many e-mails from Nextdoor. They may quit the network without realizing that they can easily control the number of notifications they get by adjusting their settings. Users can limit the neighborhoods from which they receive news and how often it gets delivered. It’s also possible to mute threads that you’re not interested in or people whose posts are irrelevant to you. And it’s possible to form interest groups with a monitor. It’s worth it to explore Nextdoor, or post a question to find out how to do these things, rather than just quitting.

Jodie: One of the great things about Nextdoor is it’s vetted. You have to prove you live in the neighborhood to be able to join. Your profile is only visible to people who are in your neighborhood network. And you control what information is in your profile. Privacy issues are very low in our experience. Some people freak out when they first join and four or five people respond with ‘Welcome’ messages. That’s just like a neighbor coming over when someone new moves into the neighborhood. People in the network are automatically notified when someone new joins. So they are just being neighborly.

Amazingly, I got a private message from someone three blocks away who is a cousin to some kids I used to babysit fifty years ago in Wayne. He found me through the “Hometown” field on my Nextdoor profile. Without Nextdoor, we would never have crossed paths in Portland.

Overall both Jodie and I have been pleasantly surprised at how well Nextdoor West End has been working. In fact, we hope that by the end of the summer we’ll break through the 1,000 member mark!

If you live in the West End and haven’t yet joined, e-mail lavidalocalwen@gmail.com with your name and address. We’ll make sure you get an invitation!