Next Step for Congress Square

On November 5th, the Congress Square Redesign Study Group voted ten to five, with one abstention, to recommend a redesigned ground-level park for Congress Square.

The Congress Square Study Group first met in 2008 to make a recommendation to City Council on the redesign of Congress Square Park. The process was delayed, when owners of the abutting hotel proposed to build an event center on a large portion of the existing park.

After the June passage of the parks initiative, the City Council could not meet the newly created vote threshold (8 votes) to approve the sale of the park to the hotel. As such, the Council charged the Study Group to go back to work.

This time the Study Group was given two options to review, a rooftop park or a more traditional ground-level park. Their charge was to provide information and a recommendation to the City Council for a redesign of the entire Congress Square, including the Congress/High/Free Streets intersection. 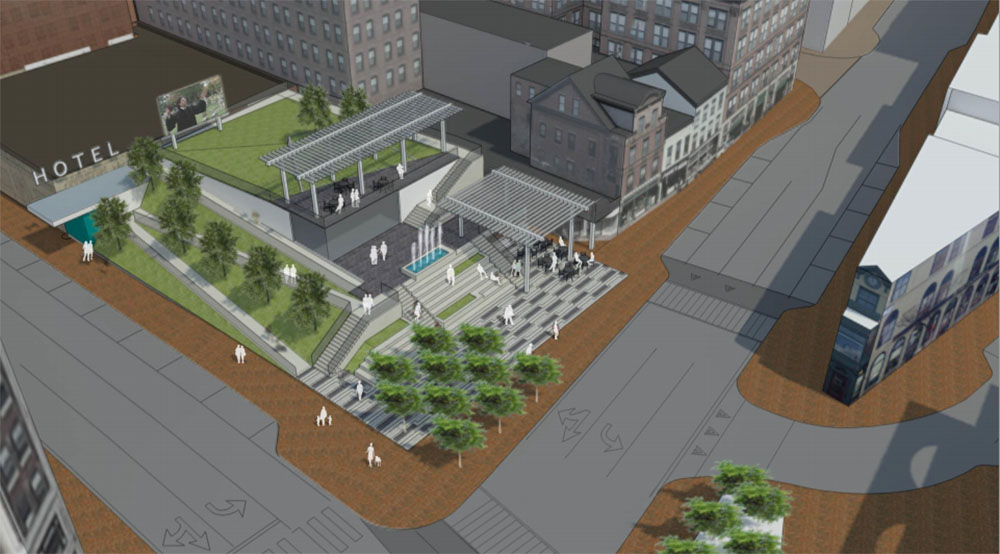 Many members of the group found the roof-top option to be exciting, but too expensive, and perhaps not as flexible as a more tradition design. The roof-top option was predicted to be $371,800 more than the ground-level option by consultants ($1,367,400 for ground-level park versus $1,739,200 for the roof-top park). This cost difference did not include any extra costs associated with building the event center that would provide the roof.

The West End NEWS asked if the developers of the event center would be willing to absorb the extra cost of reinforcement to hold a park and ramps to the park. It is predicted that the extra building costs could be as much as $50 per square foot.

The developer’s representative on the Study Group, Bruce Wennerstrom, stated, “We are still committed to find a win-win situation.” He stopped short of indicating that the developer would pick up additional costs.

Lynn Tillotson, representing the Greater Portland Convention and Visitors Bureau, said that there is a shortage of convention space in Portland, and the economic benefits of putting an event center under the park would make any extra costs worthwhile.

Supporters of the ground-level option included West End Neighborhood Association’s Rosanne Graef. Graef was concerned about who would own the park, the City or the hotel. Also, she questioned who would be responsible for liability, programming, security and maintenance.

Jamie Parker, from Portland Trails, thought the developer had plenty of opportunities to create an exciting event center plan that could have been accepted by the public. “That ship has sailed,” he said.

On the verge of taking a vote on a recommendation, some members of the Study Group questioned whether the City Council wanted the group to choose one option over the other, or just to provide more information on both concepts.

Co-Chair David Marshall said that the group was charged with providing information on both options, as well as choosing one option to recommend over the other. The group voted overwhelmingly to endorse the ground-level option. 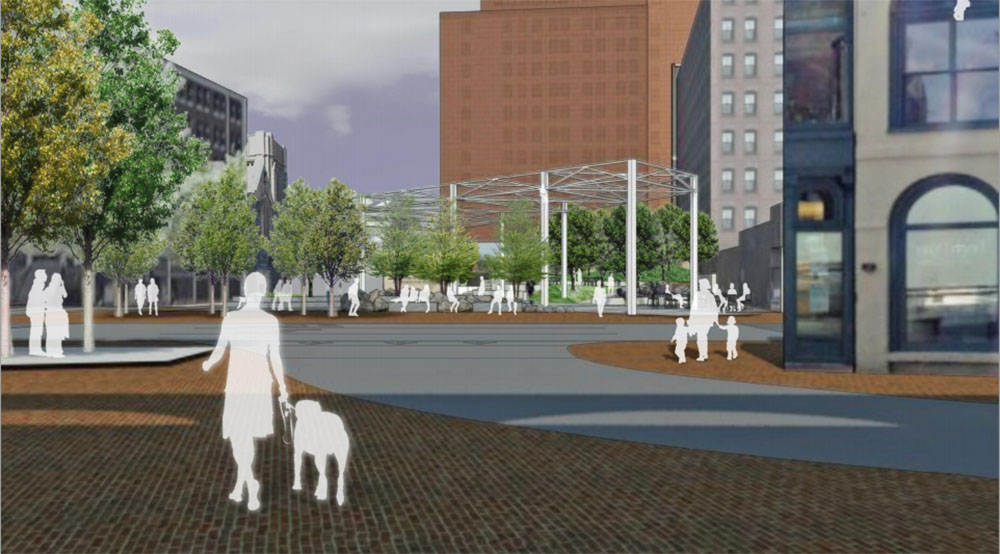 Below is a comparison of the two options, as proposed. These are concepts, and not necessarily what a final design would look like. The Study Group’s recommendation will go before City Council.