Posts
Home Featured Neighbors and Relations to the North

Neighbors and Relations to the North 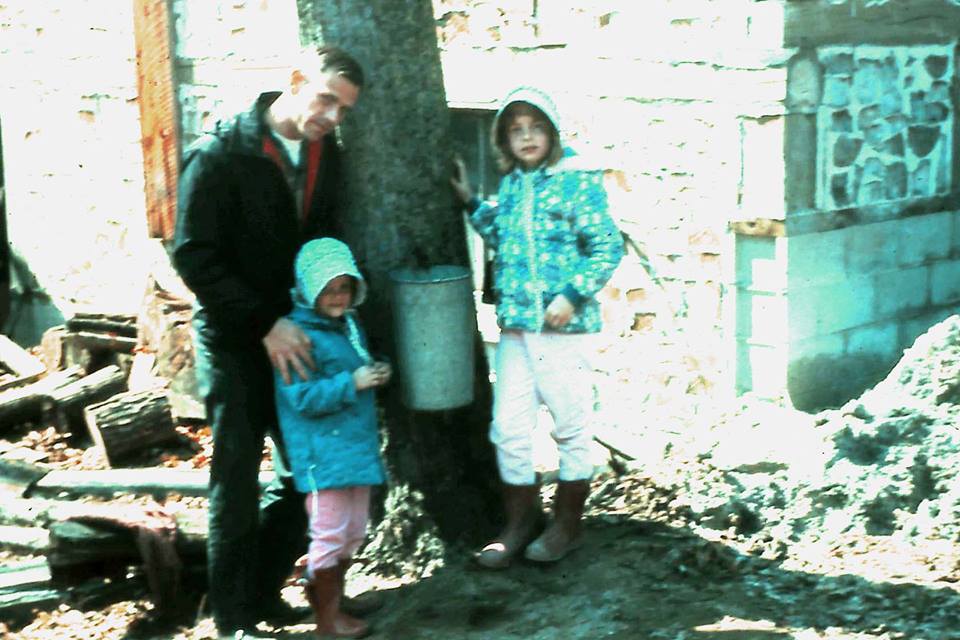 Nancy with her father and sister Susan at the Maple Syrup Festival near Guelph, Ontario (circa 1966)

I could have been Canadian. My father’s parents came to Canada from Scotland and eventually ended up in Michigan. My mother’s mother, born Helen Pieper in Ontario, Canada loved all things Canadian. She was fascinated with genealogy and spent hours in libraries in rural Canada, digging for information on our ancestors. She even took out a small classified ad in the back of a genealogy magazine. These small ads of two or three lines would include a few surnames and a telephone number. They ran for years for a small fee.

A few years after my grandmother died, a distant relative in Alberta saw her ad, called the number, and reached my uncle who was still living at the same home. She, the niece of our great uncle Dave and a professional genealogist in Western Canada, had done extensive research on our family tree.

While my uncles had always claimed our descendants were sent from Europe to North America on ships as prisoners and thieves, her information brought to life different tales dating back to the Spanish Armada. In and among these tales is the surname Kidd. My one uncle now claims we must be descendants of Billy the Kid. The other argues it was more likely Captain Kidd. 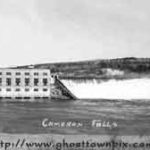 Linking back to Canada is the story of my great grandparents move to Cameron Falls, Ontario in the early 20s. In 1919 the Hydro-Electric Power Commission of Ontario “looking to develop additional power sources on the Nipigon River” began preliminary work at the site of the power station at Cameron Falls. My great grandfather was given a contract to work on the railroad that helped to build the dam. “Established in 1921-22 the Commission also built “a modern townsite, that could accommodate over 300 residents. Over two dozen homes, that contained modern amenities as indoor plumbing, running water, and electricity, were built along a stretch of curving streets.” (http://www.ghosttownpix.com/ontario/towns/cameron.html)

And so my great grandfather packed up his family and headed north with my pregnant great-grandmother and their four small children, my grandmother Helen being the oldest. According to my mother’s first cousin Grace, the new baby (her mother) was the first non-native baby ever born in Cameron Falls. She was named Dellkene after her Aunt Burdell, who had accompanied her sister to help care for the family, and Doctor Kennedy who delivered her. There is more to this story, but I’ll save it for another time. 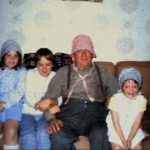 Seems I’ve inherited my grandmother’s love for Canada and all things Canadian, especially stories of my ancestors, Cadbury chocolates, memories of time spent with our relatives on their dairy farm north of Kitchener, butter tarts, peach preserves, Mennonites and their horse and buggies… and the list goes on.

I’m looking forward to exploring more of Canada. In early September I have plans to escort a small group to Nova Scotia for six days of exploration and outdoor activities. We’ll start by taking the ferry from Portland to Yarmouth.  Plans include exploring Kejimkujik National Park for a day of canoeing, cycling, and hiking and then heading to the South Coast for an overnight. Next day we’re on to Halifax by way of the picturesque town of Lunenburg and Peggy’s Cove. 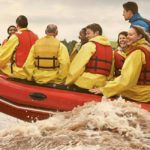 I haven’t been to Halifax and am excited to explore this historic area by foot and bicycle. There’s so much to see with the Halifax Citadel, the Public Gardens, Fairview Lawn Cemetery, Titanic gravestones and artifacts, Maritime Museum of the Atlantic, restaurants and pubs on the waterfront, live local music and more…Heading back towards Yarmouth, we’ll take an exciting raft trip in the Tidal Bore and tour the wine region before transferring back along the north coast. Six days will only give us a small taste of what Nova Scotia has to offer.

The new mission statement of Adventure Marketplace is “Navigating travelers on authentic, nurturing, global and local adventures.” While in Nova Scotia this September, I plan to put this new mission to the test. We will be taking the road less traveled and exploring this truly unexpected, authentic region while making some new friends with our neighbors to the North. Why won’t you join me?

If you’re intrigued, check out http://adventure-marketplace.com/adventures/novascotia.