Memorial Day Parade: All You Need to Know 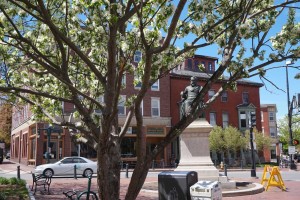 On Monday, the City and the Harold T. Andrews Post 17 American Legion will sponsor the Memorial Day Parade. The parade will begin at 10:30 a.m. at Longfellow Square on Congress Street and progress along the street ending at Monument Square.

Following the speeches, the event will conclude with a wreath laying ceremony at the monument.